The history of perfume raw materials has been a trail of tears when a unique natural ingredient is identified. The story of overharvesting Mysore sandalwood so that it now lives in protective custody of the Indian government is a cautionary tale. With the advent of oud-based fragrances, particularly over the last ten years, the old trees throughout its indigenous areas were being harvested at an alarming rate. Because oud requires time for the biological rot which forms the aromatic heartwood it looked like we were well on our way to another bad situation. Then scientists learned how to artificially induce and speed up the process. This lead to the growing of oud plantations and just this year the first harvests of this sustainable oud has found its way into perfumes.

It should be no surprise that a leader in using this new oud is Comme des Garcons as it is the centerpiece of their latest release Wonderoud. Creative Director Christian Astuguevieille worked with perfumer Antoine Maisondieu on creating a perfume which would display the new oud with the typical Comme des Garcons style. You might remember 2010’s Wonderwood and the intent here is similar. Antoine Lie was the perfumer for Wonderwood and it was an exploration of sandalwood which was layered with other woods. Over time I have come to think Wonderwood is an underrated sandalwood perfume. M. Maisondieu wants to take a different tack as he explores this new oud and uses herbal and spicy notes to capture the unguent nature of real oud in the early going before letting the woods come out to play in the end.

M. Maisondieu lays down a pepper and thyme runway to start the journey in Wonderoud. The thyme adds rough green facets and the pepper grabs ahold of the decaying heart of the oud and brings out the beauty within the rot. M. Maisondieu also makes a stylistic decision to keep Wonderoud very dry. To accentuate this point he uses a fraction of Cedarwood from the Givaudan exclusive Orpur raw material collection. This cedarwood is as good as it gets and by choosing a fraction which picks up the greener woody aspects of cedar he makes an inspired choice. In my very limited experience with this new oud it shows its youth by being a bit greener and almost seems like it has a cedar component. It doesn’t but by using the cedarwood fraction it is made very apparent how this oud is different than others. Vetiver is the other keynote in the heart and it also works on both the green and woody parts of the composition in a supporting role. Australian sandalwood and synthetic sandalwood molecule Pashminol provide the remaining wood. Patchouli recalls the herbal beginning as it shows up at the end.

Wonderoud has 8-10 hours longevity and above average sillage. 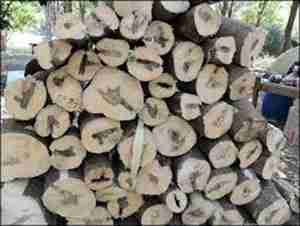 Disclosure: This review was based on a sample from Comme des Garcons.