Haute Perfume and Haute Cuisine are natural partners as great food is often accompanied by great smells. It is the scent of a dish that heightens our anticipation for what we will be tasting. Ever since the advent of gourmand fragrances in 1992 with the introduction of Thierry Mugler Angel this genre of perfume has been evolving. Which makes it a natural for a chef to be a creative director for a gourmand fragrance. One of the newest of these collaborations comes courtesy of Chef Roble Ali and is called Clique by Roble. 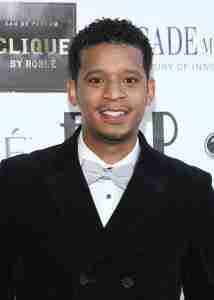 Chef Roble Ali is the owner of the catering company Roble & Co. in New York City. His business was the subject of a reality show called “Chef Roble & Co.” on the cable network Bravo. He had been dubbed the “hip-hop chef” a label he has resisted but with initiatives like the “Food Tang Clan” which made Rap parodies like “Grubbin’ Problems” he probably protesteth a bit too much. What is exciting about Chef Roble is that he is an energetic personality looking for different ways to combine his love of the culinary arts with other art forms. With Clique by Roble he teamed with an unnamed perfumer, although we are told it is a “world-renowned perfumer”. (UPDATE: The perfumer has been revealed to be Frank Voelkl) What they created was a gourmand fragrance which opens with cocktail hour moves to an entrée of rich floral notes and finishes with a decadent dessert accord. 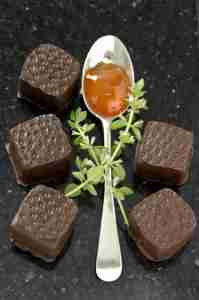 The cocktail they are trying to create in the top notes is a blood orange margarita and while that is the inspiration that never really comes together on my skin. What does come together is much less ambitious and much more pleasant. The blood orange is very prominent and the tartness of that citrus is enhanced with a wedge of lime and a sprinkle of smoky chipotle pepper. Those three notes work wonderfully together and I really enjoy the choice to go for spicy and tart with a bit of smoke. The note list promises tequila and triple sec but on the days I wore this I never found those notes. The heart is made up of iris, jasmine, violet, and tuberose. This is a recipe for heady floralcy and it arises out of the top notes with a restrained intensity at first and then blossoms to life as the tuberose and the iris take the lead. After that dessert needs to be even more luscious and honey and chocolate provide that opulent aspect as they are bracketed by a doughy accord which is called “Challah bread” in the note list and piquant cinnamon which recalls the chipotle pepper in the top notes. The final moments of Clique by Roble are true blue gourmand and it manages to keep its sweetness under control and it never became too much on the days I wore it.

Clique by Roble had 6-8 hour longevity and above average sillage.

I have my favorite gourmands in my collection and usually I find the more recent releases to be working the same territory over and over. Clique by Roble has some of that familiarity in the use of the chocolate and honey in particular but the choice of things like chipotle pepper and blood orange shows a little more imagination than usual. It is that which makes Clique by Roble a gourmand worth seeking out if you are a fan of this style.

Disclosure: This review was based on a sample provided to attendees at Sniffapalooza Spring Fling 2014.