There are moments when I receive a sample and I am not sure what to think. It generally comes from an independent perfumer. It also transcends the concept of smelling good. Now here comes the tricky part. Is the odd smelling piece intended or a mistake? I tend to spend too much time trying to figure out which it is. I’ve struggled for months with Chronotope Spite Eau de Parfum (EdP). I think I have an answer.

I learned about Chronotope at the end of last year. Indie perfumer Carter Weeks Maddox showed his desire to make one think what fragrance should be. Of the three early releases Spite, as an eau de toilette was perhaps the most straightforward. In some ways it was the baseline to prove that Mr. Maddox could make something more accessible. The other two were delightfully the other way. He used different ingredients which have an unpleasant scent profile and found intriguing harmonies, nonetheless. Because of these I was willing to go where Spite EdP would take me. 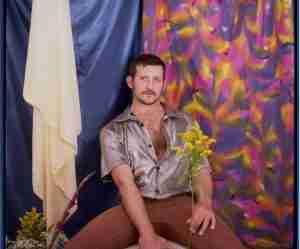 Mr. Weeks had informed me this was coming, and it really wasn’t a flanker despite the same name and different concentration. His idea was to explore the different concepts of the emotion of spite. It is a completely different construct. It is much more like the other two non-Spite fragrances than the one which it shares a name with.

Amusingly the original Spite got its name when Mr. Maddox had difficulty with composing a vintage rose accord. As a result there was no rose in it. Spite EdP is the opposite. The early stages are all rose. It isn’t a vintage rose. It is a thicket of thorny rose vines on a trellis. He layers in multiple sources of rose along with jasmine and tuberose. It creates a florid floral. To pull back on that comes a set of green foliage pieces. There is the density of rose leaves. Vetiver and galbanum amplify the green. There is a non sequitur fruitiness which crops up like it doesn’t belong. This was one of those moments where I spent some of my time wondering about intent.

The other place was his use of spikenard in the base. This is a difficult material to balance. It has a scent profile of unpleasant dirtiness. It is not my favorite essential oil on its own. In most perfume uses it is at low concentration to add depth or texture. Here there is enough to make sure I know it is here. It turns the later stages of Spite EdP sour. The sandalwood helps keep it from going too far in that direction.

This falls right in line with what seems to be the nascent Chronotope aesthetic. It asks a perfume lover to find the unlikable, likable. In the early tests I was on the unlikable side of the equation. It wasn’t until I tried it on a warm day that it began to change towards likable. I kind of thought of this as a “choose your own adventure” perfume. There is an opportunity to find a way to enjoyment. You just need to keep at it.

Disclosure: This review is based on a sample provided by Chronotope.