Ever since fashion designer Christian Siriano appeared on Project Runway I have rooted for him. He was one of those reality show contestants who was easy to like. He used his victory to launch his own line which has thrived for over ten years. It was only a matter of time until he would begin to expand into fragrance. As much as I wanted to like the perfume with his name on the bottle, they’ve mostly been unimpressive in their lack of originality. Chasing trends without finding a way to make them stand out. The latest release Christian Siriano Ooh La Rouge still is chasing trends but this time there is a bit more there. 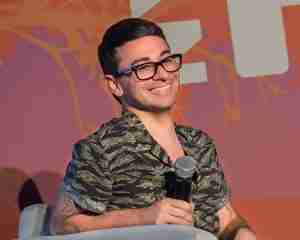 Mr. Siriano has been the creative director for the fragrance line. When it began in 2014 with Silhouette, he worked with perfumer Christelle Laprade. It was a transparent jasmine and praline accord with a jarring apple note which threw it off. This would become a common theme in the successive releases. There was something nice which would be offset by something that seemed out of place. Mme Laprade returns for Ooh La Rouge and they find the right partner for the jasmine and praline. 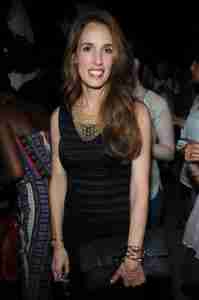 The better choice is a sharp grapefruit. The citrus adds some points of light to the jasmine. This is that non-indolic jasmine given a transparent shine. The grapefruit is what adds in some edginess through its tartness. The praline accord from six years ago returns with a lighter more balanced appearance. These three keynotes are expanded through some musks to the desired opacity of the current consumer. A synthetic wood ingredient completes the composition.

While I was wearing Ooh La Rouge I dug out my old sample of Silhouette. It probably isn’t a flattering thing to say but Ooh La Rouge feels like the perfume they’ve spent six years making better. It isn’t distinctly a flanker, but it shares the important set of core ingredients. I am hopeful that this might mark a new beginning for Christian Siriano perfumes.

Disclosure: this review is based on a sample supplied by Macy’s.