Ever since I picked up a copy of JRR Tolkien’s “The Hobbit” the fascination with epic fantasy was begun. That book introduced me to many of the non-human creatures which inhabit the genre. One of the most memorable from The Hobbit is the villain of the book; the giant dragon Smaug. An ancient creature who has spent so much time lounging on his pile of treasure it has clung to his scales forming a glittering armor over his belly. Smaug was one of the first creatures whose scent I imagined. The idea of smoke curling from his nostrils as the fire laid in wait to be called. When I received my sample of Carner Barcelona Drakon I was back in that cave.

Drakon is part of a three-perfume subset called the Bestial Collection. Creative director Sara Carner wanted to create her own version of an epic fantasy through scent. For Drakon she worked with perfumer Jordi Fernandez. 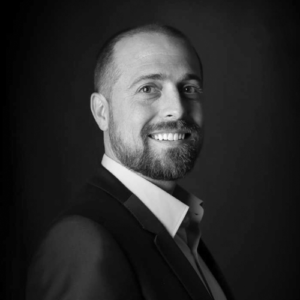 This is a perfume of three accords which capture their subject matter as Sr. Fernandez finds the dragon at rest. Only to be roused before too long. Some quite clever choices make this entire trip a lot of fun.

Those choices come right at the top as black pepper is given a keener edge through cypress and palm. Pepper evokes heat through its piquancy. Already provided the imagery through the name this felt like the curls of steam from the dragon’s nostrils. As the beast yawns I can see the glow of banked flame further down its throat. The scent of that comes from an oud accord of akigalawood and nagarmotha. This is a rough oud accord. Sr. Fernandez adds in a playful counterbalance with a healthy dose of orange blossom. I smiled as I imagined my dragon picking up a perfume bottle and eating it. The dragon having tired of my company now calls up his flame. As I run down the cave, I am pursued by an animalic leather accord surrounded by fir and sandalwood.

This was a perfume I was happy to get caught up in the flames of. I admire the effort not to go for the traditional smoky elements of perfumery. By choosing something more imaginative Drakon leaves a stronger impression. If you want to do battle with your own mythical beast Drakon will give you the opportunity.