When you are watching a movie or television show and there is a momentary effect as if a point of light intensifies and then elongates across the screen that is called a lens flare. If you need an object example watch a bit of Director J.J. Abrams “StarTrek” movie. Lens flares were prevalent on the television series and when Mr. Abrams did the reboot he paid homage to the style of filming in the 1960’s. There is an interesting arresting luminescence to the effect. When I was wearing the new Byredo Oliver Peoples I was thinking it was a perfume full of lens flares which seems appropriate. 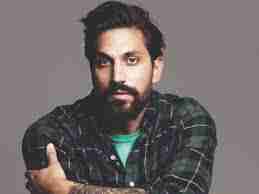 Oliver Peoples is a designer brand of fashion eyewear. The creative director of that brand David Schulte reached out to Ben Gorham to be co-creative directors on a perfume. Mr. Schulte was very interested in trying for a perfume that would be emblematic of synesthesia. Synesthesia is the joint perception of senses. It is most commonly described in fragrance circles as those who see smells as colors. True synesthetes are rare, around 1 in 2,000 people can do this. I am one of 1,999 who do not have this enhanced perspective of the world. Mr. Schulte and Mr. Gorham wanted to help us try and feel that through outside cues. Working with regular Byredo perfumer Jerome Epinette they asked him to create a perfume of distinct colored phases of development; green, indigo, and champagne. The bottles would carry one of those colors and they would be accompanied by a pair of eyeglasses with the same colored lenses.

M. Epinette uses lemon as the bright flare and then he elongates it with juniper berry as it adds in its acerbic quality. This is really what a lens flare is all about as it burns brightly and then stretches out into something totally different. I guess this was supposed to be green but if I was putting a color to it I would call it sunshine yellow. The heart does the same thing as iris provides the flare and M. Epinette uses a less earthy fraction of patchouli combined with immortelle. This was my favorite part of Oliver Peoples as the very rooty iris is transformed into the patchouli and immortelle over time. If I was giving the heart a color it would be purple. The base is musk up front and then what M.Epinette calls a “sand accord” provides the elongation. The sand accord is the smell of hot sand; sort of mineralic and chalky supporting the musk. This would be reminiscent of beige if I was naming it as a color.

While I was probably a failure at stimulating my latent synesthesia I really enjoyed Oliver Peoples as a warm-weather perfume. The very distinctive development made for a long lasting story evolving on my skin over the day. In the end any perfume that can make me interested enough to keep revisiting throughout the day is pretty good.