When I was hiking in the Desert Southwest of the US my favorite time of the day was just before the sun would come up. With false dawn providing a bit of diffuse light the desert never smelled so alive. This probably has something to do with it being the coolest part of the day. Before the sun and the harsh conditions bake everything to a crisp; in the hour just before sunrise the scent on the air reminds you that there is lots of life in the seeming lifelessness. Creative Director of Byredo Ben Gorham asked perfumer Jerome Epinette to make a perfume based on one of those flowers which survive in the desert, the Ghost Flower (Mohavea Confertiflora). The perfume is fittingly called Mojave Ghost. 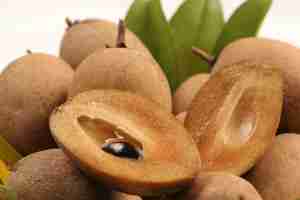 When I received my press materials for this perfume that I expected to be about the desert there was listed an ingredient from the tropics which really upped my anticipation. This ingredient was Jamaican Naseberry or as it is called elsewhere, Sapodilla. I loved eating Sapodilla as a kid as it had the taste of brown sugar and cinnamon on a flesh which was apple-like. I always thought it was like getting cooked cinnamon apples off of a tree. When I would split the flesh of a sapodilla that mix of spicy sweet would meet my nose as I took my first bite. M. Epinette really enjoys using the entire arsenal of natural raw materials he has access to from Robertet and in Mojave Ghost he makes this tropical ingredient fit his desert milieu.

If you have spent any time at all in the desert there is an indigenous slightly spicy smell to it. The closest I can compare it to is cinnamon but so ethereal as to be a ghost of it. This is where the sapodilla plays its part as the brown sugar and cinnamon quality are right on top and M. Epinette adds in ambrette seeds to give a natural muskiness underneath the spiciness. This is very close to that smell I get from the desert. The heart moves into a bit of astringent floralcy with magnolia and violet over sandalwood. M. Epinette keeps this very sheer keeping it wraith-like in nature as it almost feels insubstantial only to coalesce again and gather some more presence. The base is cedarwood, amber, and clean white musk. All of the base notes are also kept on the ethereal side as well.

Mojave Ghost has 8-10 hour longevity but it is so sheer you might think it has worn off when it hasn’t. Sillage is moderate as you might expect.

Mojave Ghost is such a transparent perfume that I think for those who aren’t fans of this kind of opaque construction it might be frustrating. I am a big fan of a perfume which acts as a ghost flitting in and out of my consciousness ever floating on the periphery. Mojave Ghost is that beautiful moment just before the sun explodes over the horizon in an orange fireball in the high desert except the perfume lasts well into the light of day.

Disclosure: This review was based on a sample provided by Byredo.