There are times I have language envy. What I mean by that is other languages have words for things I like more than the English word for them. When I was taking Spanish classes in school in S. Florida the word for library might have been my first instance of language envy. As a child, the library was the place where my mind was opened to the possibilities. When Sr. Dowdy, my Spanish teacher, said that “la biblioteca” was the word for library that felt like such a better word to me. So, I appropriated it. When I would be running out the door I’d yell over my shoulder “off to the biblioteca”. I don’t know which came first but the French word is very similar “bibliotheque”.  Now there is a perfume carrying the French version of the name, Byredo Bibliotheque. 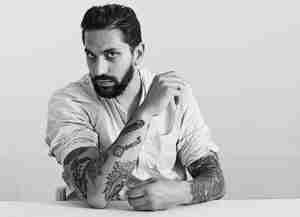 Bibliotheque came about from a rare reversal as it lived its first incarnation as a candle at Byredo. Apparently, it got a lot of requests to be made into a perfume. Creative Director Ben Gorham and perfumer Jerome Epinette worked on the transformation from solid to liquid.

If you are looking for a fragrance which captures the smell of ink, paper, leather, and wood of a classic library; Bibliotheque is not that. At least not entirely. There are some aspects of that but early on it is a fruity floral construct which eventually gives way to that library accord. What I liked about that early fruity floral phase is M. Epinette makes the keynotes so effusive it is like encountering them minutes before they make that transition from ripe to rot.

M. Epinette opens Bibliotheque with a fruit combination of peach and plum. They are so ready to burst they throw off gentle aldehydes around their inherent deep fruity nature. I am not usually a fan of these kind of fruit accords but this time it worked for me. Probably because the floral counterpart was also equally engaging. Peony and violet are those notes and they provide a contralto version of floralcy that harmonizes with the fruits. Finally, the library accord begins to form. I am guessing a patchouli fraction is being used by M. Epinette to form the dry paper and ink aspect. A transparent leather accord is also here along with an equally delicate woodiness. The base accord is much lighter than the fruity floral one that preceded it.

I do like the fragrances which are out there which have captured the empty library milieu. Yet I might like the fragrance Bibliotheque in the same way I prefer the word. The reason is that fruity floral opening seems full of possibilities as ideas can be balanced on the edge of realization or disregard. Bibliotheque captures the world where those ideas come to light.

Disclosure: This review was based ona sample provided by Byredo.