Heritage can do one of two things, it can shackle you to the past or it can inspire you to add your own imprint. This is equally true when speaking of heritage perfume brands which have been springing up. Some decide to try and slavishly re-create. The ones I find more interesting are those who look to bring the style of the heritage into the present. Very quietly one of the latter success stories at doing this continues to evolve with the release of Blocki Sanrovia.

Blocki released a set of three perfumes in the fall of 2015 to revive the brand. Under the stewardship of Tyler Delabar and Tammy Kraemer, Mr Kraemer did his great grandfather John Blocki proud. These were all fantastically contemporary perfumes with vintage brushstrokes. The other part of this team which has made it work so well is perfumer Kevin Verspoor. Mr. Verspoor and I have spoken about perfume making. If there is something which I know is he is a student of the past so that he can translate it to the present day. That the creative directors and the perfumer are all on the same page is a reason why this has been a successful collaboration. 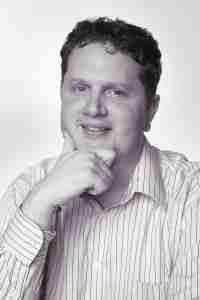 On a visit to a trade show in the fall of 2016 Ms. Kraemer shared with me the fourth perfume which would be released. It is one of that hazards of smelling something like that at a trade show when it is by far my favorite thing of the day and I am not allowed to speak of it. Now that Sanrovia has been released that restriction has been removed.

The original version of Sanrovia was released in 1911 out of Mr. Blocki’s Chicago shop. It was inspired by trips of Mr. Blocki to an Italian village. As the original Sanrovia was an interpretation of Italy through American eyes the current version does the same thing with the similarity being the prominent use of sandalwood. 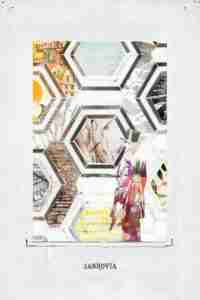 Many Mediterranean perfumes choose to open with a blast of the citrus groves. Sanrovia starts here, too. Mr. Verspoor starts off with lemon structured to be as cool as it is tart. Orange comes along to mellow both effects. The heart is a floral two-step of paired floral accords. The first is lavender and geranium. They combine into a green tinted floral where the lavender does most of the floral lifting. This progresses into the second pair of jasmine and rose. The rose is an oil from Jacques Cartier roses which are a hybrid of Damask and China varieties. It has all the complexity of a typical rose otto but there is also more space for the jasmine to find some footing. The rose is on top but not as much as usual in accords like this. The star of the show arrives after this as Mr. Verspoor uses Australian Sandalwood. I would wonder if Mr. Blocki used Mysore Sandalwood back in 1911. By using the version available in 2018 Mr. Verspoor plays to its strengths as the modern sandalwood is more desiccated he uses vetiver and labdanum to enhance that.

From the moment I got a sniff of this I felt like this would be my favorite of the Blocki releases to date, which it is. This never feels like a vintage perfume or even a Retro Nouveau. The only ingredient which carries that vibe is the Jacques Cartier Rose and it is more restrained than, I am guessing, if a full Damascene rose had been used. The citrus top accord is so often forgettable in most perfumes. In Sanrovia it is a bracing cool breeze. The florals cavort as if they were on holiday while the sandalwood stands to the side with stolid strength. This is a triumph of the Kraemers and Mr. Verspoor. If there is an afterlife which can see the present I have to believe John Blocki would be proud of the evolutionary heritage they have achieved.

Disclosure: This review was based on a sample provided by Blocki.