Perfume lovers find many overlaps with the other arts. Music is a favorite one, especially as inspiration. I have generally found it difficult to find that overlap. The closest I come is thinking of a great perfume evolving in movements like a symphony. That works for me because each phase of a fragrance’s development feels like a combination of many notes as a piece of music uses many instruments to provide different harmonics. Berceuse Allegretto 7.2 is based on a single movement from a great symphonic piece.

Berceuse is the new brand from founder-creative director Will Carius. Mr. Carius wanted to make a perfume based on the second movement of Ludwig van Beethoven’s Seventh Symphony. It has become one of the most played pieces of Beethoven’s extensive works. Even on the night it was premiered in 1811 it was encored. What is enchanting about it is the way it moves up and down in waves. There is a rhythm throughout its duration which allows for different sections of the symphony to shine. It is the tonal shifting within the classical music I enjoy which makes me listen again and again. The second movement of Beethoven’s Seventh is a good example. 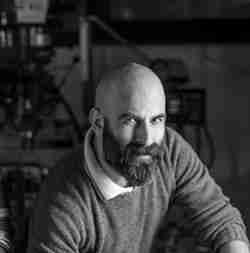 When faced with a perfume inspired by this piece of music, I realized a great perfume is also about rhythm. The way it moves through its development it can also go up and down only to return. There are a couple of independent perfumers I think of who bring rhythm to their creations. One of them is Antonio Gardoni. Mr. Carius asked Sig. Gardoni to take on this task. In a blog post on the website Sig. Gardoni says it was the rhythm of the music which he thought he could translate to a perfume. and that is what Allegretto 7.2 does.

The technique Sig. Gardoni uses is to employ two different sources of three notes; lavender, vetiver, and benzoin. It is like the difference between two different players of the same instrument in the symphony. On the whole things will be identical. Look closer and the slight differences add a richness of tone because it is not just sterile copies. It is what makes a symphony the experience it is. It is what makes Allegro 7.2 the perfume it is.

The opening is what Sig. Gardoni calls the “group of herbs”. In Allegro 7.2 it is rosemary, thyme, and mint. The first of his dual ingredients, lavender, is the final part of the top accord. This provides an herbal quality from one of the lavenders while the other gently powders things. That powderiness acts as a soft contrast to the boisterousness of the herbs. The heart uses a full ylang-ylang and the two vetivers to form a kind of rondo as the vetivers pull between green and woody with the fleshy flower in between. This sense of rhythm reaches a crescendo in the base as the two benzoins set up between the sweetness of vanilla and the clean lines of cedar. Benzoin has an inherent sweetness that finds a partner in the vanilla. It also has a resinous quality with which the cedar meshes with. At this point Allegretto 7.2 swirls in sections around the vetivers and benzoins moving up and down, in and out.

I have spent extra time with this perfume because it changes so much on my skin, which seems to be Mr. Carius’ intent. It also has brought to my mind something about Sig. Gardoni. He has an unmistakable signature to the way he designs his perfumes. I’ve heard other perfume lovers refer to it as his Gardoni-ness. After Allegretto 7.2 I think it is more his rhythm which forms that signature just like an elite musician’s technical mastery. Allegretto 7.2 celebrates all phases of creativity; with rhythm.

Disclosure: this review is based on a sample provided by Berceuse.