As perfume companies begin to serve a generational shift there are things which are going to return. I think I can safely say in the broadest of terms there is a difference in the taste of the two largest generations of Millennials and Baby Boomers. Boomers rode in with the first wave of niche and independent perfumes; asking for something different. Millennials want something different than that, lighter in style. Never short on wanting to give their consumers what they want the large perfume companies have been producing fragrance in a lighter style. Where it is becoming problematic is they are using the same name as a previously discontinued perfume. It works because the younger generation doesn’t know there was a perfume with the same name ten years ago. To them seeing a new perfume from a designer label they respect is just that a new perfume. To the Boomers who remember that older release it seems like an evisceration. What it has meant for me is I also have to judge the new perfume on its own merits without comparing it.  That becomes harder when the original version is one I really liked. This was my dilemma when receiving my sample of Badgley Mischka Eau de Parfum. 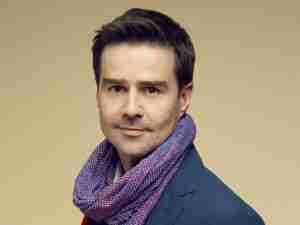 The original Badgley Mischka release in 2006 was an exuberant mash-up of the then prevalent perfume trends. It worked way better than it should have. It wasn’t perfume for everyone, but it had its fans. Those people should not come near this new version. This is your granddaughter’s perfume not yours. What perfumer Richard Herpin, who was also the perfumer on the original, converts the new perfume to is a transparent fruity floral.

It opens with a crisp pear as the fruity part of the formula. The floral part is a grouping of the expansive florals of jasmine, neroli, magnolia, and peony. This forms a fresh floral pear accord which is where Badgley Mischka Eau de Parfum spends most of its time. It settles into a warm accord of amber, sandalwood, and musk for the final stages.

I often watch versions of my favorite movies which have a label of “director’s cut”. It generally means it is a longer version with the last edits before release returned. While I was wearing Badgley Mischka Eau de Parfum it occurred to me that these versions of perfumes with older names is the opposite of that. These are perfumes designed for a specific generation of consumer; The Millennial Cut. Badgley Mischka Eau de Parfum is exactly that.

Disclosure: This review was based on a sample provided by Badgley Mischka.