I feel certain there are times when I write about what a fragrance reminds me of which make the brands cringe. It is because the image the perfume creates in my head is as far from the one, I am reading in their press release.  Atl. Oblique Voodoo Flowers will be one of those. 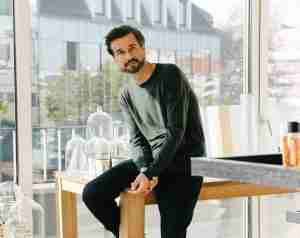 Atl. Oblique was founded in Berlin in 2017 by Mario Lombardo. Voodoo Flowers is one of two new releases which has served as my introduction to the brand. Their website say they believe in “the invisible language of scents”. They also believe in the tangible language of prose with purple tinted descriptions of their perfumes. For Voodoo Flowers here is their description “The scent spreads like the vibrating sound of a valve amplifier turned up to the maximum; it literally glows and screams at each rhythmic strike of the guitar string”. I guess on a different day in a different place I might have seen this that way. On this day what it reminded me strongly of was glamping. 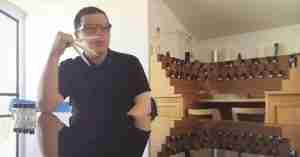 For those unfamiliar with that term it is a portmanteau consisting of glamorous and camping. The idea was to get in touch with nature while someone is waiting to cook your dinner back at camp while putting a mint on your sleeping bag. The kind of ridiculous concept is to have a fine meal and a comfortable bed while being outdoors which you don’t have to lift a finger for. I saw one of these setups for myself a couple years ago and walked away shaking my head. Where Voodoo Flowers comes into this is a mixture of fizzy champagne and smoke conjure up the image of toasting with flutes instead of marshmallows adjacent to a campfire. Despite my different interpretation perfumer Serge de Qliveira has made a nice version of a smoky style of perfume.

It opens with a delightful effervescent accord made up of champagne and gin. Juniper berries and aldehydes do the heavy lifting. Some freshness comes through a tart lime. My imagination of the great outdoors is sparked by sage which reminds me of pine needles. A little night blooming jasmine forms the heart given some energy with ginger. The smokiness is provided by cade wood. This is a tough ingredient to use because it is the difference between having the wind blow the campfire towards you or away from you. M. de Oliveira finds the latter. This is a deep woodsmoke accord as styrax and vetiver give it that bite of freshly cut wood burning. It works surprisingly well.

I mentioned there was another new release which is called Breton Brut. I liked this one too, but I also missed their imagery and substituted one of my own. The bottom line on that one is it is a concrete garden to my nose. Both have me interested in trying more from the brand. Even if I get glamping while they get Guitar Hero its still a good perfume.