Among all the things in my life of which I am a snob about coffee ranks right up there. Growing up in S. Florida I became enamored of the super sweet, super strong Cuban coffee. Espresso freshly made in a pot on the stove was the finish of every family dinner. The spread of the Seattle coffee craze nationwide exposed me to all the different ways to drink it. My favorite way to drink it straight became as a ristretto shot. When I am served my order in a small cup there is a bit of froth which floats on top called crema. It has a nutty slightly dark chocolate scent to it. I’ve always wanted a perfume to capture that. What I didn’t know was I wanted that crema to float on top of tuberose. That is what I got with Atelier Cologne Café Tuberosa. 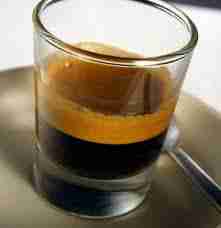 Over the years I have admired the ability of creative director Sylvie Ganter- Cervasel to expand the notion of what the structure of cologne is. It is particularly interesting when they work with notes like coffee and tuberose which should never be in anything called a cologne. One reason this can be achieved is perfumer Jerome Epinette has been a part of this re-definition ever since the first releases from the brand. They have navigated the contradiction of powerful notes and cologne before. I’m not sure if it has ever been as interesting previously as it is here.

The only thing which will remind you, from an ingredient perspective, of old school cologne is the citrus sunburst of tangerine and bergamot which opens Café Tuberosa. M. Epinette then sweeps it away on a sirocco of cardamom which ushers in a rich tuberose. This is not a shy tuberose it is a grande dame version dominating the room. After a while she introduces her friend rose and the florals hold in position for a while. Then M. Epinette pours his ristretto shot over the top. As the rich coffee accord comes forward I imagine a bloom of tuberose stained brown with the espresso. It is fabulous different combination. Dark cacao comes along to give the espresso more traction against the tuberose. Patchouli completes my desired crema accord.

Café Tuberosa has 12-14 hour longevity and above average sillage.

Café Tuberosa is part of the Avant Garde collection within Atelier Cologne. I have taken that to mean these are the ones where we push the envelope on what it means to be a cologne. Café Tuberosa is the most envelope pushing of anything which carries the Atelier Cologne name. I think there will be some who find this a bit too much. For me M. Epinette and Mme Ganter-Cervasel have pitched this just right; giving me my fragrance version of crema on a white floral backdrop.