I keep waiting for new perfumes which are looking toward evolving the gourmand style. It is perhaps the final frontier where a perfume can truly do something different. It is why I am often disappointed when a new release doesn’t take advantage of all the creative space which exists in the genre. There are some which do find that novelty; Arielle Shoshana Sunday is one of them. 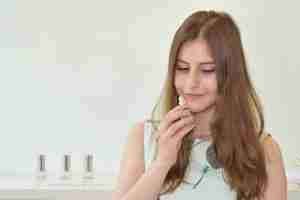 I am so fortunate to have as my local perfume boutique, Arielle Shoshana, run by Arielle Weinberg. Ms. Weinberg has grown from blogger to store owner to creative director over the last few years. She is one of those people who reaches for what she wants. I admire her for this tenacity which has proven to lead to success in her ventures. Two years ago when she wanted to be the creative director on her first perfume, Arielle Shoshana Saturday, she had a desire to make a perfume around passion fruit. Working with perfumer Cecile Hua they produced one of the best perfumes of the year because they worked with something different. This same creative team returns for Sunday with the same mindset. 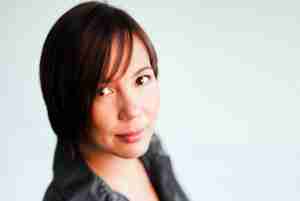 For Sunday they wanted to focus on a specific tea drink called matcha horchata. Matcha is a version of green tea. Horchata is a Mexican drink made of warm rice milk flavored with cinnamon and rice milk. When I went to the World Cup in Mexico it was horchata I drank almost every morning. I still look forward to finding it on the menu of any Central American restaurant. This recent gourmet brunch version adding in the almost bitter matcha is also enjoyable. Ms. Weinberg and Ms. Hua were going to take us to a fancy Sunday brunch.

Sunday opens with the rice at first. There is a humid rice effect I’ve only experienced a couple of times. Ms. Hua uses that as a steamy introduction to Sunday. The sharp green tea of matcha seeds that cloud of rice. It gains more coalescence as the steam condenses into a milky liquid which the matcha contrasts. Cinnamon and vanilla provide the traditional horchata accoutrements. It snaps together into an opaque gourmand accord which is engaging in every way. Languorously like the day it is named for the final stages of the perfume turn warmly woody with amber and sandalwood forming the base accord.

This is exactly the kind of gourmand I would like to see more of. Ms. Weinberg and Ms. Hua found their own quiet spot to create a next level gourmand in Sunday.

Disclosure: My sample was from participating in the Kickstarter campaign which funded the production of Sunday.