There has always been a sort of backhanded compliment encased in this phrase, “you clean up well.” It generally refers to someone who wears a very casual wardrobe on the day they wear something more formal. It tends to be double-edged in praise because it kind of infers that on a typical day you are sloppy. Seen in a more positive light it can be interpreted to say there is something elegant underneath the casual veneer. When I received the new Areej Le Dore Russian Musk I was reminded of this phrase.

Perfumer Russian Adam has released three sets of perfumes over a little more than a year. Of his inaugural three perfumes the one which generated the most conversation was Siberian Musk. Russian Adam has access to a small quantity of genuine musk from the musk deer. Siberian Musk was probably the first experience with actual deer musk for many who tried it. Because of that Russian Adam set that ingredient out in front and it was the focal point. It sold out quickly causing many to ask when there would be more. The answer; which will probably be true of everything Russian Adam does, is never. That is due to the exquisite small batches produced form equally small-batch ingredients. So, when this latest set of perfumes were released there was a sense that Russian Musk was going to be Siberian Musk Intense. If that is what someone approaches Russian Musk with they will be disappointed, especially if they equate “intense” with stronger. I am not in that group I wanted that deer musk incorporated into something more elegant. Which is what I got from Russian Musk. 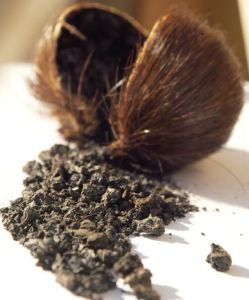 I, again, am working off the information on Russian Musk as supplied via Kafkaesque. I also want to mention that this review refers to what was released in February 2018.

The change is apparent right from the top as lemon is the citrus used as the partner to the pine. In more pedestrian uses it can come off smelling like household cleaning products. In Russian Musk the deer musk provides a soft animalic contrast. One of the days I wore this I was thinking in my head it was like “soft Corinthian musk” as the Spanish leather used to be referred to. This musk has a softness to it which is not encountered in Siberian Musk. It is this softness which will disappoint those looking for Siberian Musk Intense. Then Russian Adam uses a gorgeous orange blossom to provide the main partner for the musk. One of things I like is he uses enough of it to bring the indoles present into the mix. A set of spices in clove, nutmeg, and cinnamon warm the overall effect. The base is a personal co-distillation of Russian Adam’s consisting of four sources of oud wood combined with oakmoss. These special distillations are what sets these perfumes apart. This one here is as amazing as the real deer musk. As it forms the underpinning to the orange blossom and musk it becomes transcendent.

I have enjoyed Russian Musk more than any of the Areej Le Dore releases so far. It is probably because it feels like a more refined version of Siberian Musk which appeals more to me. If you are looking for the second coming of Siberian Musk this is not it. If you are looking for an elegant perfume featuring some of the most unique ingredients to be used, then Russian Musk sure cleans up well.