Often when I am at an exposition like Esxence with so much to experience there is a real concern I might miss something worthwhile. For the first two days I was at the most recent version of Esxence I kept walking by Ann Gerard making a mental note to stop and try her newest release, Rose Cut, but every time I was near I was heading to an appointment. On Saturday morning I received an e-mail from Lila Das Gupta of Basenotes as she was waiting to catch a flight home. She told me she was wearing Rose Cut and she loved it. That was enough for me to make my next appointment with Mme Gerard and I duly walked over to introduce myself and have her present Rose Cut. To cut to the chase Lila was right but I’ll give you a little more detail. 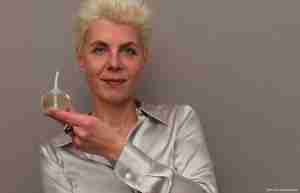 The name Rose Cut refers to a particular way to cut a diamond to allow the facets to reflect in such a way that it looks like a rose. As I learned more about the rose cut I found out it is a shallow cut so that it allows a maximum amount of light to refract off the symmetrical surfaces cut in to the stone. As I was wearing Rose Cut and reading about rose cut diamonds I could see M. Duchaufour composing a fragrance which captures the essential sparkle and concurrent depth a rose cut diamond displays. I also thought you could also interpret Rose Cut as the act of removing a rose from the bush at the peak of its blooming. Rose Cut the perfume encompasses both of these descriptions as M. Duchaufour has brilliance to spare throughout and depth of design all coalesced around a lush rose focal point. 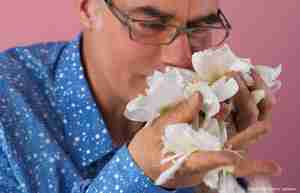 M. Duchaufour uses a magazine of aldehydes to create that opening brilliance along with a little bit of pink pepper. Then he brings in the rum accord he has perfected in the last few years and instead of turning this boozy it adds a louche depth against which the aldehydes shimmer upon. Out of this comes a classic rose and patchouli combination which forms the heart of Rose Cut. The rum gives an interesting bit of contrast and some peony keeps the rose on the fresh side of things. The base is assembled from comfort notes of vanilla, oak, and benzoin to finish Rose Cut with a slightly sweet coda.

Rose Cut has all-day longevity and way above average sillage.

I hope I would have eventually made my way over to Mme Gerard without Lila’s prompting but I am happy for the prodding because Rose Cut was one of the star fragrances of the entire show for me. As much as I liked the original three releases Rose Cut is a cut above them and really does the best job yet at capturing the sparkle of a diamond as a perfume. It is a sophisticated lively rose perfume that is as good as it gets.

Disclosure: this review was based on a sample provided by Ann Gerard Parfum at Esxence 2014.

All Photos by Sabine Hartl & Olaf-Daniel Meyer except for the diamond ring photograph.