When we are children we generally love to dig in the earth. A good day of play was accompanied by muddy appendages. When I also search back through my olfactory scrapbook it is that smell of dirt which has to be pretty close to my first scent memory. As we grow up getting down in the dirt is accompanied by gardening tools but the same primal smell remains. I am surprised that more perfumers don’t make the effort to capture this in a fragrance. The recent release from Andrea Maack, Coven is all centered on rooting around in the ground to see what can be found. 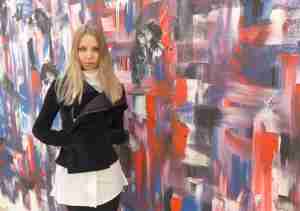 Andrea Maack is a graphic artist from Reykjavik, Iceland and Coven is her seventh release. There has been a steady progression from her first three releases and with 2012’s Coal this line really began to establish its own identity. The creative direction is a co-production between Ms. Maack and Renaud Coutaudier. I was unable to find out the perfumer responsible for Coven but the direction given by Ms. Maack and M. Coutaudier must have been very specific because what has made it into the bottle is the smell of soil.

Coven digs deep right from the start as the smell of freshly turned earth comes out right away. This is accomplished with an assortment of green notes, galbanum most prominent amongst them. A slight swirl of spices adds in the authenticity of what it smells like to have your shovel bite into the ground and turn it over. They are precisely balanced and they keep themselves in the background behind the greens. Tolu balm adds a balsamic foundation to the green and this is what really seals in the earthy quality Coven is attempting. Once this happens Coven lingers like playtime in a hole dug especially for that purpose. Despite Coven having this potentially heavy quality there is a lightheartedness that overtook me every time I wore it. It could be just my fond memories but I also think the perfume manages to keep from being ponderous and that is to its credit. Once we clean the dirt off we are left with patchouli and woods which carry enough of the remains of the day to remind you of where you’ve been.

You might not be enthused at the idea of smelling like dirt but Coven makes you not care. For those of you who love incense fragrances I think you might find Coven resonates in some of the same places as one of those perfumes. For those looking for a fragrance experience rarely seen Coven delivers very highly on the uniqueness scale. I found it captured my inner child in a muddy embrace that I never wanted to end.

Disclosure: This review was based on a sample of Coven provided by Andrea Maack.