Spring is the time of year for roses. Happy blooming red flowers to signal winter is gone. Perfume follows this same trend. The parade of rose fragrances increases in the first part of the year. They also exhibit a sense of light-heartedness. There comes a point where one more pleasantly composed rose brings out my inner curmudgeon. I want to yell at my desk full of samples for these kids to get out of my sight. I was feeling extra salty about all of this when I received my sample of the new Amouage Opus X. I looked at the set of notes and saw rose. I sprayed some on a strip and the antidote to all my irritation was washed away in a deeply moving dark rose perfume. 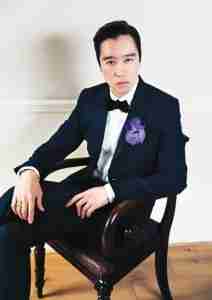 Christopher Chong the creative director at Amouage took the 1998 movie “The Red Violin” as his inspiration. The movie is the story of a red violin which is created in 1681 by a master violin maker. The red color comes from him mixing the blood of his wife, who dies in childbirth along with his child, in with the varnish. The movie then focuses on the violin as it shows up in 1793 Vienna, 1898 Oxford, 1968 Shanghai, and eventually present day Montreal. At each stop the violin plays a pivotal part as foretold by a tarot card reading at its creation. The Red Violin is a sweeping ambitious piece of storytelling and so is Opus X.

For Opus X Mr. Chong collaborated with perfumers Pierre Negrin and Annick Menardo. Their concept was to create an olfactory red violin. There would be four distinct strings of rose and rose accords. A “red varnish” accord followed by the wood which makes up the body. The creative team really worked out how to create the different rose accords. As I wore it I was reminded of the fingering technique used when playing a violin called vibrato. A musician by using their fingertip to rapidly lengthen and release the string provides a vibrating effect which allows a single note to resonate as if it was two different notes milliseconds apart. In the best violin players’ hands it is used to stunning effect. In the hands of this creative team for Opus X there is a real sense of vibrato among the different rose “strings”. 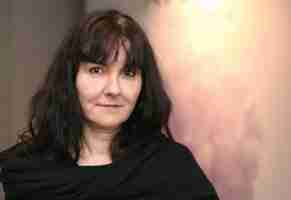 Opus X opens with those rose strings right away. Rose de Mai represents one of the strings. This classic rose of Provence provides the beauty. The rosebud accord imparts a delicacy. The “bloody rose accord” is the deeply rooted rose. Rose oxide provides a metallic rose which also represents the blood in the varnish. In the early moments it is just a straight bow across all of these notes as the rose ebbs and flows as the perfumers add vibrato and they begin to meld together. The next phase is going to be the challenging part for some to get through as the varnish accord is leavened a bit by geranium. This is a very heady varnish accord and it takes its place underneath the continued vibrating strings of roses. I was completely taken in by the imagery and the early notes that the varnish just kept the story evolving for me. If it becomes too prominent on some I can see it jarring you out of the mood. For me I found it fascinatingly different. The wood of the violin is made up of Laotian oud and the warm ambergris quality of the synthetic aromachemical Ambrarome. It adds in an exotic otherworldly aspect to the base accord which feels like the right place to end Opus X.

Opus X has 14-16 hour longevity and way above average sillage. This is one where you want to apply very conservatively.

I needed a rose fragrance which wasn’t willing to pander to the season. Opus X’s arrival gave me one. This is nothing like any of the other roses in the Amouage collection. It is as good as anything Amouage has produced.