In the middle of 2013 I received the first three perfumes from independent perfumer Amber Jobin; A Roll in the Grass, Aether Argent, and Inuus. These were surprisingly assured fragrances for a first-time perfumer. One of the reasons that they are as finished as they are is Ms. Jobin has worked for, and with, Dawn Spencer Hurwitz as she learned the techniques of making perfume. These fragrances stood out from the many indie perfumes I receive in a year in the way they seemed polished to me. A downfall of many indie perfumers is to think they are finished without trying to improve the transitions from top to base. All three of the initial fragrances showed a sense of completeness to them. Ms. Jobin would follow this up with one of my top 50 new fragrances for all of 2013, No. 4 John Frum. With that she took an unusual note, Kava Kava, and created a tropical jungle milieu that combined intense florals, juicy fruits and the woods and foliage all with a palpable humidity. I was eagerly waiting for more. About a month ago I received the three latest Aether Arts Perfumes, Nude Moderne, Ginger Rose, and Electrum. Three more examples of a new star in the world of indie perfumes. 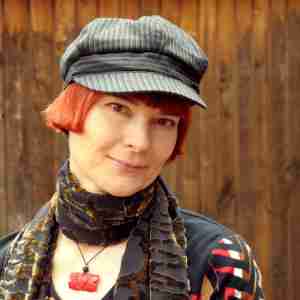 Nude Moderne is Ms. Jobin’s take on a skin scent in both meanings of that word. Nude Moderne is meant to evoke warm skin and it is also meant to wear very close to the skin of the person wearing it. Ms. Jobin shows her skill in balancing a number of synthetic musks to realize her warm skin effect. What she also does is to quite presciently add a bit of labdanum to ground this effect. Without that inclusion Nude Moderne would come off like a one-trick pony. With its inclusion it gives a bit of a spine for the musks to adhere to and to endure for a long time. While Nude Moderne may have very little sillage it persisted on my skin for well over 24 hours and through a shower. Because of the nature of the synthetic musks Ms. Jobin used there is an almost glacial kind of evolution to Nude Moderne allowing it to become sweeter as it lingers on. All of this is not an easy feat to realize and I am quite impressed at the surety with which Ms. Jobin produced it. 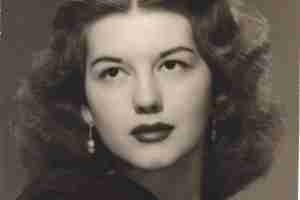 Geraldine Doyle (The model for Rosie the Riveter)

Ginger Rose is meant to be a Nouveau Retro take on aldehydic florientals from the 1940’s-1950’s and Ms. Jobin shows the research she put into designing her modern version of a vintage perfume. She said she made up a personality, Miss Ginger Rose, as she composed this fragrance. In her mind’s eye Miss Ginger Rose was an up-and-coming starlet or a debutante. When I was letting my imagination run away with the same idea I saw Miss Ginger Rose as a woman who had taken over many of the traditional male roles during World War II and as the boys have returned home a bit of her favorite perfume reminded her of being a woman again but one who discovered a little power underneath the surface femininity. Ginger Rose the fragrance is like that as it starts off with a fusillade of aldehydes fizzing off the skin along with the energy of ginger. Often ginger adds the effervescence to a fragrance but here with the aldehydes adding the carbonation the ginger is a little more refined. This all leads to a fabulously dense floral heart of rose, jasmine, ylang ylang, and heliotrope. It is pretty and multi-faceted throughout. The base is where a bit of the steel of Miss Ginger Rose arrives as Ms. Jobin adds indoles and beeswax to bring out the animalic heart of jasmine and add a bit of growl to the florals. The growl becomes a knowing resinous smile as frankincense, myrrh, and sandalwood provide a sensual end to Miss Ginger Rose’s olfactory journey. 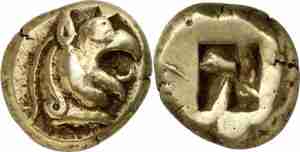 Electrum is the classical name for amber which according to myth came into being when Phaeton’s, son of Helios, sisters turned into poplar trees and cried tears of amber. Electrum is also a naturally occurring alloy of silver and gold used in ancient coins. Ms. Jobin wanted to capture both meanings as she fuses the silvery scent of pine needles with the golden glow of amber. Those silvery pine needles are right there at the top but they are joined with an inspired choice of rosewood. The rosewood adds a subtle bit of odd woodiness underneath the sharper facets of the pine needles. As the amber begins to intensify the needles still retain their edge and that edge keeps the amber from being too warm to start. Once the tobacco arises the more traditional warmth of amber also comes to the foreground. The mix of tobacco and amber along with some vanilla turns this sweet until a bit of Africa Stone turns the amber towards the animalic.

All three of these have incredible longevity and moderate sillage except for Nude Moderne which as mentioned above almost has none.

Ms. Jobin has been deliberately putting together a very worthy collection of perfume which I am finding belie her relative newness to perfumery. These first seven fragrances and especially these last three show a combination of technical skill and aesthetic vision that is all too rare in the indie community. I can’t wait to see what is next.

Disclosure: this review was based on samples provided by Aether Arts Perfume.

Editor's Note: Aether Arts Perfume No. 4 John Frum has been named a finalist in the 1st "The Art and Olfaction Awards" in the Artisan Category.