If you’ve ever watched any movie which takes place in a post-apocalypse setting there is almost always this shot. You see that nature has reclaimed the cities. The roads are overgrown. The tall buildings have crumbled. What is left is covered in vines. It is an allegory for Nature eventually winning over technology. It is a visually enticing shot even if it has become the way of setting the passage of years after a disaster. I can’t say that I’ve looked at any of those scenes wondering what it smelled like. Aesop Eremia offers their interpretation. 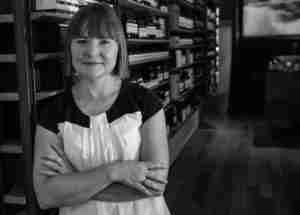 Eremia is part of a three-perfume collection named “Othertopias”. Since the 2017 release of Hwyl Aesop has been consistently increasing their fragrance line-up. Creative director Dr. Kate Forbes has given the task of creating a new perfume standard at the brand to perfumer Barnabe Fillion. This has proven to be a great choice. He has chosen different ways of interpreting the current trends. Besides Eremia, Karst and Miraceti are different interesting takes on aquatics. I like them both enough that I expect to review them together later in the summer. Eremia captured my attention first because it is intensely green with a hint of the urban landscape beneath. 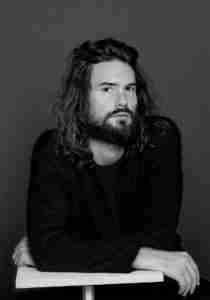 It begins with a sharp crystalline green from galbanum. When this is used at this kind of concentration, I usually see it as dense. M. Fillion wants a density as well. His is of overgrowth. The galbanum by itself wouldn’t have done it. He uses the citrus of yuzu and its prominent green aspect to form that intertwining of old vines forming an impenetrable wall. There also seem to be some other herbal notes included as texture. I was struck by how this type of green was great in the summer heat.

It changes nature as iris comes into play. This is a version where the carrot-y quality is prominent. M. Fillion also takes advantage of the powdery quality to add a softness to the very green opening. The rooty nature of iris leads the way into the base. Here there is a small amount of geosmin or petrichor to create the concrete beneath the vines. There is also a subtle musk which might be the creatures hiding in the foliage.

I remain impressed with the entire recent collection of Aesop fragrances. Eremia is a great example of the ongoing effort.