When it comes to flankers it is usually a depressing affair of shoving a couple of new notes into the existing architecture. Similar to adding a modern addition to a Colonial style house. Most of the time it doesn’t work. There are a few who take their flankers a bit more seriously. One of those is Acqua di Parma and their flankers to their original perfume Acqua di Parma Colonia.

Acqua di Parma Colonia is an evergreen classic of cologne. It was one of my first expensive perfume purchases. It has always been one of my baselines in the cologne sector. Starting in 2003 with Colonia Assoluta there has been a steady stream of Colonia flankers. What I admire is they are each singular creations which have a connection to the original without smelling exactly like it plus a couple of shoehorned ingredients. It has had its share of hits and misses. I received my samples of the two latest Colonia Sandalo and Colonia Quercia. The one which hit for me was Colonia Quercia. 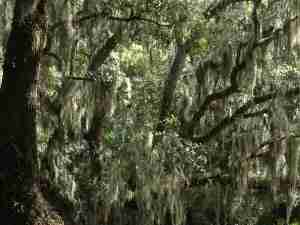 Quercia means oak in Italian and this seems like an attempt at a modern chypre. The funny thing is I found it to be much more like an Oriental with a strong oakmoss component. I liked it because it is a deeper version of Colonia with a bit of a bite at the end.

Colonia Quercia opens with that lemon flare which is the bit of connective tissue between Colonia and Colonia Quercia. My only quibble with this fragrance was the overused pink pepper which was added to the top accord. It brought me down a bit. My spirits were lifted pretty quickly as the heart accord matched cardamom and geranium in a green-hued floral and herbal chord. This isn’t terribly original but it is executed nicely. This leads to the base accord where a decent amount of the low-atranol oakmoss is present. I thought it was an interesting choice to use tonka bean to give it a roasted sweet facet. It really turns woody as cedar and patchouli bracket the oakmoss. I again like the choice to go more woody and Oriental than follow the more obvious chypre path.

As flankers go Colonia Quercia ia better than most of them. That they managed to make one which is not so similar to the original is why I like this one.

Disclosure: This review was based on a sample provided by Acqua di Parma.