Whenever I speak about perfume with people who are not into fragrance I try to gently point out they are surrounded by it. The easy ones are their soaps and shampoos, their fabric softener, and their spray room freshener. I point out that even the places they go have specific scents; the bakery, the coffee house, the movie theatre, or the pizza place. I almost always end up using the mall as one of those examples because for fifteen years there has been an actual perfume which is the smell of every mall which has an Abercrombie & Fitch store in it.

For those who are unfamiliar with the story Abercrombie & Fitch actually adds their cologne Fierce to their air system. Which not only permeates the store but generally the entire level of the mall the store is situated on. It can make for an interesting confluence when it is in the proximity of the food court or movie theatre. I have always thought Fierce is one of the best mass-market fragrances. It has been said it is the current generation’s version of Ralph Lauren Polo. Which is why it being this fragrance of the mall was fitting. 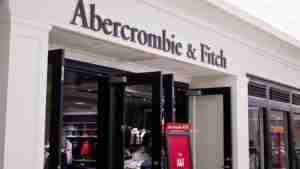 At the beginning of the summer as part of a number of changes Abercrombie & Fitch are going through they announced that Fierce was no longer going to be the scent of the store anymore. They were replacing it with one of their new unisex collection, Ellwood. Times change and brands which don’t keep up will find themselves left behind. I thought it was a good idea and sought out a sample set of the new perfumes. If Ellwood was going to be the new scent of the mall I wanted to give it a try.

All three of the perfumes are depressingly simple; Ryder is clean cedarwood with white musk, Hempstead is cypress and vetiver. Ellwood is white musk and bergamot. I am sure the store knows the consumer they want to attract with these but compared to Fierce these are so lacking inspiration it is perplexing to me.

Ellwood is subtitled White Bergamot which is probably because White Linen was already taken. Ellwood is a mixture of the laundry-inspired white musks cut with a bit of the bright citrus of bergamot. That’s it; that’s all there is. It smells like that from the first second to the twelfth hour.

I think when I visit the mall over the Holidays I am going to be disappointed to walk by Abercrombie & Fitch and have the clean linen smell of Ellwood greet me instead of Fierce. Maybe I’ll head down to Cinnabon to get my scent of the mall from now on.

Disclosure: this review is based on a sample provided by Abercrombie & Fitch.