The greatest cities in the world carry signature smells with them as well. It is interesting to see what a perfume which wants to capture one of those cities chooses as their interpretation. Every once in a while my scent memory of a place and the imagination of a fragrance creative team coincide. The new A Lab on Fire One Night in Rio effectively captures my memory of many nights in Rio de Janiero.

More accurately One Night in Rio captures the smell of the early morning. Something I learned in my time in Rio was the night ends when you say it ends. As long as the party wants to keep going it rolls on. In my late 20’s this was a lifestyle I could get used to. Most nights ended with my group of friends walking home with false dawn on the horizon. The smell of those early mornings was especially sharp as the night blooming flowers overlapped with the blooms of the morning. I am not sure whether perfumer Jean-Marc Chaillan has ever been to Rio but this was one of my favorite natural floral scents. It was a way to signal this particular night was over. 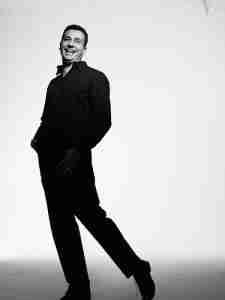 Creative director Carlos Kusubayashi has taken some of the most commercial mainstream perfumers and allowed them a bit more latitude than they might get in a more commercial brief. For One Night in Rio M. Chaillan takes that leeway and fills it in with tropical fruit and flowers. It makes for a very sweet composition.

One Night in Rio opens on one of those flowers of the dawn as orange blossom rises up first. M. Chaillan adds a little shade with a judicious pinch of pepper mainly to draw you to the more repressed indoles present in the orange blossom. The heart is where the gardenia of the night and the magnolia of the morning create that shank of the evening accord I was describing above. M. Chaillan lets these two florals intertwine and samba a bit. Passionfruit provides a bit of colorful complement. The final phase is the smell of amber and musk as the exertions of the night come home with a bit of sweaty skin made less skanky with some vanilla.

One Night in Rio has 10-12 hour longevity and average sillage.

I have always found something magical about those hours where the night gives way to the light. I especially enjoy them when I approach them from the nightside. M. Chaillan has produced a fragrance which captures that transition in a place known as Rio.