It is a common experience of most who love perfume that certain fragrances conjure up strong memories. Sometimes it is the scent of a specific place or an occasion and the fragrance you wore to it. When fragrance works on this level it is about its ability to truly lodge itself within your conscience. One of my favorite fragrances which does this for me is Anya’s Garden Fairchild.

Fairchild was inspired by the Fairchild Botanical Gardens in South Florida. Ms. McCoy has magically created a steamy summer day at these gardens perfectly. My review for CaFleureBon can be found here. Every time I wear it I think of these gardens. There is also one special memory which almost always comes to mind when I wear Fairchild. It was of a late August day in 1968 as my grandfather taught me not to be afraid of change and to judge people by their actions and not their appearance. 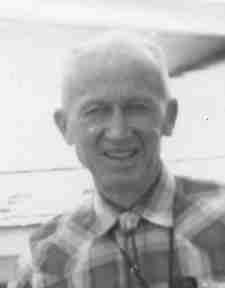 I am named after my grandfather Mark Harned and he had returned to South Florida after his retirement. One of our favorite activities was to walk through Fairchild Botanical Gardens and enjoy the beauty of all the tropical foliage and the smell of the ocean brought to us by the sea breeze. Granddaddy Harned would always punctuate these walks with tales of his travels all over the world. I blame these talks for my wanderlust which has taken me from Alaska to Tierra del Fuego in this hemisphere. One thing he never spoke about was his time in World War II. Until this day late in the long hot summer of 1969.

That summer was a moment of tumultuous American history as protests against the Vietnam War and long simmering racial divides finally boiled over in many US cities. Miami wasn’t an epicenter of this kind of activity but there was a moment where the African-American sections of the city set some fires and threw some things at passing cars it was mild compared to what was going on in Chicago or Berkley. As a precocious 9-year old I was a little unsettled especially because I was going to be sharing school with children of another skin color as desegregation was starting with my grade school. I was nervous about what the new school year would bring. My grandfather sensed it and after asking me I told him I was worried “they” wouldn’t be like me. That was when he launched into the only story he ever told me about his service in World War II. 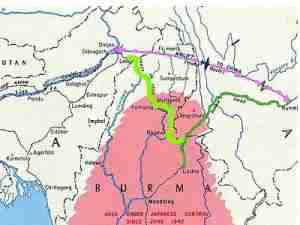 My grandfather was a civil engineer in the Army Corps of Engineers and he was flown to India in the Far Eastern Theatre to begin the work on building what would come to be known as the Ledo Road. The Allies needed an alternative overland supply line to the more well-known Burma Road which was in Japanese controlled hands. If the Allies were going to engage they would have to build their own supply line. Construction began in December of 1942 and in just under two years it would be finished and all war materiel would flow down the Ledo Road.

What my grandfather told me next was what was important for me to learn as a young man. Almost all of the labor that worked on the Ledo Road were African-American. My grandfather told me of the construction work performed by these soldiers. He told me of the pride in their work as the progress they made was faster than the commanders had expected. He told me how the work was in brutal heat and brutal cold as they were working at mountainous altitude and then down in tropical jungles in the valleys. I asked him if there were problems like what we were seeing. He looked at me with a smile and said to me something I have always remembered “Marcus always judge a man on his heart and soul, never on the color of his skin. Good and bad exist beneath the skin not because of it.” 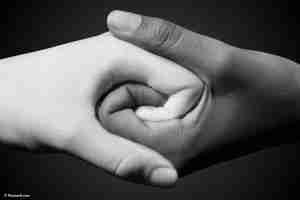 It was a powerful moment for me and it was these words which drove me to start talking to Rodney whose desk was next to me in Mrs. Dundee’s Fifth Grade class. I realized very quickly that Grandaddy Harned was correct as Rodney and I would team up on the basketball court and watch each other’s back at dodgeball. When I got off my bike in the morning I was as happy to see Rodney as I was the friends I had been in school with previously. Our parents, unfortunately, were less evolved and we were never invited to each other’s house. Although in the spring of 1970 Granddaddy Harned chaperoned a field trip and I introduced him to Rodney. My grandfather shared one of those special smiles with me as I introduced him which told me he thought I might just have learned something.

Everytime I wear Anya’s Garden Fairchild I am back in Fairchild Gardens with Granddaddy Harned filled with pride to share his name.