For those who read my The Sunday Magazine columns my love of gin has been the topic of many of them. I think it started when as a child a family friend used to stand on his pool deck with freshly-made gin and tonic and would say, “g and t, ice and a slice, nothing nicer”. It would be a few years before I had my first cocktail but I knew it would be a “g and t”. Which it was. I even learned how to make my own gin and as a poor student had something better to drink than just beer. From a fragrant perspective, the heart of gin is juniper berry. Now that we have kicked off the summer I thought I’d share my favorite juniper berry perfumes.

For the purest “g and t” fragrance experience it is the recently released Art de Parfum Gin & Tonic which does it best. Creative director Ruta Degutyte and perfumer Sofia Koronaiou create a near-photorealistic fragrance. The juniper berry is the heart surrounded by citrus, cucumber, and cardamom. What sets this apart is a very well-constructed tonic accord. You can almost see the condensation on the outside of the glass.

In 2011 perfumer Olivier Cresp created a gin-based floral cocktail in Penhaligon’s Juniper Sling. M. Cresp has the juniper berry out front until it duets with orris and leather. Turns out gin goes with everything. 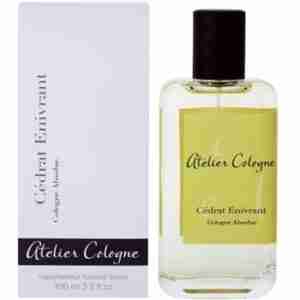 Atelier Cologne Cedrat Envirant is inspired by a champagne and gin cocktail called a French 75. Perfumer Ralf Schwieger captures the effervescence of the champagne with cedrat. He twists it with mint and basil before the juniper berry arrives. This is all over a sweet woody base. After smelling this perfume for the first time I went out and made myself a French 75; the perfume is better. Gin was the drink of Prohibition and the 1920’s.

In Arquiste The Architects Club creative director Carlos Huber and perfumer Yann Vasnier use the juniper berry to represent the gin portion of a party in a wood-paneled men’s club in London. M. Vasnier captures the clash of bright young things and the establishment with an exquisitely designed woody observation on how the old and the new interact.

Frapin L’Humaniste has perfumer Sidonie Lancesseur create a spring floral infused version of “g and t”. A pinch of pepper along with thyme and nutmeg form the introduction to heart of peony and juniper berry before Mme Lancesseur uses her tonic accord as part of an oakmoss and tonka bean base. It is another close to reality interpretation of gin and tonic.

This was a funny list as there are five other juniper berry perfumes I had thought to include only to find they were currently discontinued. If you want your summer to have a bit of gin and tonic in your fragrance try these five.

Disclosure: This review is based on bottles I purchased except for Art de Parfum Gin & Tonic which is from a press sample provided by the brand.