By mid-January 2014 I was busy planning the first 90 days of Colognoisseur. I felt like I had to start with the first 90 articles lined up if I was going to get into a rhythm that would allow me to post a new article every day. As I put that schedule together I was excited to be able to write about all the things I ever wanted to write about. I ran across my 90-day plan just after the New Year. I was pleased to find that the original concept has largely survived through today.

I then began to think about whether I realistically thought I’d still be as excited as I neared the end of my fourth year of Colognoisseur. I had some reader number targets but those were all for the end of 2016. I thought thinking beyond that date was of the wishful variety. Yet, I find myself just as excited as I was four years ago. 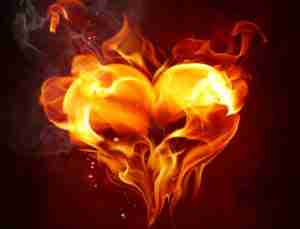 I don’t plan things out for 90-days anymore, but I do keep a rolling 21-day schedule. That it is currently full of perfume I am happy to write about is also great. I think it is easy to become jaded about anything after doing it for over ten years. I started considering why I had escaped that pitfall.

The answer came via the mail both electronic and traditional. In my physical mailbox I received a package from a new independent perfumer. Inside was an amazing debut, something different to my nose. It is something only an instinctual artist could create. It is why every package like this is a new discovery.

In my e-mail box I got another testimonial on my “How to Buy Perfume as a Gift”. A man went to the mall and put together my little basket of samples along with a gift card. After giving it to his girlfriend they eventually settled on a perfume which at that time was their special perfume. They just got married on New Year’s Eve and the bride wore “their” perfume.

It is both the opportunity to give some exposure to the new perfumer while sharing a way to make perfume a part of someone’s life which are more than enough to keep my internal flame burning bright.

One thought on “Keeping the Flame Burning”