Last week when I was writing about some of the new Zara fragrances I wrote this phrase, “an Oriental base accord”. I am not sure why it clicked but I began to think about whether the use of “Oriental” as a descriptor of fragrance wasn’t a problem. After I finished writing I began to look around to see if others felt the same way. I found a few articles which shared the antipathy to continue using it.

The term doesn’t seem to have come from a racial perspective. It came from wanting a descriptive name for perfumes which featured the ingredients of the East. In its earliest uses it was used to describe incense, sandalwood, and amber heavy perfumes. When I see the term describing something I am about to smell for the first time those ingredients are what I expect to encounter. Until last week I had not given it any thought. 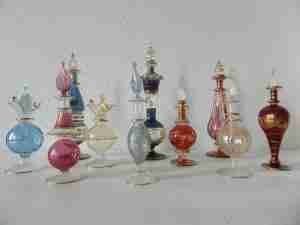 One of the frustrating things about writing about fragrance is the lack of an unanimity in what any writer means when using any descriptor. It becomes too easy to rely on what seems to have broader understanding among perfume lovers. I would say even the PR people at brands must be struggling for an alternative. You want a consumer, or a reader to connect with what you write.

As I learned more, I was trying to think of an alternative to use. It isn’t easy. Because I think of incense and oud as key components I was thinking of overusing “resinous”. Except it didn’t feel as encompassing as I’d like. I was thinking of sandalwood and spice which is a popular piece of this genre. “Spicy woods” or “woody spice” also felt like it wasn’t capturing it either. Which made me think again about whether I needed a one-for-one replacement. Why couldn’t I focus on the specific ingredients and forget about the older term? Which is what I am going to do for the near term.

Just as I was writing this, I received an e-mail from Michael Edwards’ Fragrances of the World on this subject. They have the same broad implications in their use of the term. They have decided to replace it with “amber”. I’ll be following their lead when it feels right to use that going forward, too.

As I’ve spent the last week thinking on this, I’ve come to realize that the catch-all term had become meaningless. As much as I want a tiny bit more precision in perfume vocabulary the outdated term wasn’t helping. I think using the terms I’ve mentioned above will improve the description process for all the right reasons.

One thought on “Improving the Perfume Vocabulary for the Right Reasons”