In the corner drugstore near where I grew up the fragrance selection was populated by a bunch of similar looking aluminum canisters. The only thing which differed were two words the rest was the same. What was there was “If you like Fahrenheit You’ll love Celsius” or something like that. I don’t know if they exist anymore but I have been reminded of them often because if there is a frequent e-mail I receive is if I think a particular perfume is similar to Creed Aventus.

Among a group of perfume lovers Creed Aventus is the equivalent of Love Potion No. 9. If you read through the posts on the forums you might also think the same. I can’t think of any other currently produced perfume which is as analyzed as Aventus is. There are whole posts on the variations in different lot numbers. I’m not sure the Rosetta Stone has been as intently studied as much as Aventus has.

I am a fan of Aventus it is one of the few Creeds of which I own a bottle of. I think it stands out among the other Creed releases as being unique which might explain some of its popularity. One of the reasons that people want to know if there is a knockoff of Aventus out there is Creed is a luxury line with a price tag to match. If you could find a perfume which was close enough for a fraction of the price that would be great; which is why I get e-mails. Which is why I am doing this post. Because I just want to point to the link from now on. Here is my Buyer’s Guide on the Creed Aventus clones I am aware of.

Al Haramain L’Aventure is the one with the name that reminds me the most of those old drugstore canisters. As far as Aventus goes it must replace higher quality natural materials with cheaper alternatives, which is true of all of these. For L’Aventure the black currant is here but the pineapple and apple are replaced by a lot of lemon. Then smoke careens through the heart down to a very generic finish. Verdict: If you like Aventus, You Won’t Like L’Aventure. 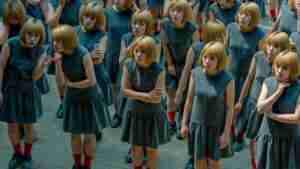 Armaf Club Nuit de Intense is a better version as the apple and pineapple are present but to keep costs down the concentrations are also minimized. If I spray a lot it is almost similar enough in the early going. The use of the smoky synthetics is better blended here but the floral contrast in Aventus is missing in action in da Club. The base is, actually, a pretty good simulation. The biggest drawback is the lack of longevity as it was gone from my skin in less than six hours. Verdict: If you like Aventus, You Might like Club Nuit de Intense. Especially if the florals in Aventus aren’t your favorite part.

Afnan Supremacy Silver throws a matador’s flag at the fruity opening with a top accord that is barely there. It goes to a faithful reproduction of the rose-jasmine and birch-patchouli heart. The base is also close to the original, too. Verdict: If you like Aventus, You Might Like Supremacy Silver. Especially if the fruity top notes in Aventus aren’t your favorites.

Parfums Vintage Pineapple Vintage gives you a clue where they are going within the name. It is my favorite of these four because of the incredibly vibrant pineapple note in it. That pineapple is the star of the early going and only after a few minutes does the apple, black currant, and apple show up but because of the strength of the pineapple they are significantly dialed down. The smoke is barely present here while the rose and jasmine go well with the juicy fruitiness. The sweet base also fits well. Verdict: If You Like Aventus, You Might Like Pineapple Vintage. Especially if the birch notes in Aventus aren’t your favorite part.

Final Verdict: There is nothing in the list above which is a fraction as good as Creed Aventus. They are credible clones accentuating different aspects of the Aventus architecture. If I had to pick one, it would be Pineapple Vintage because it was the best overall perfume of the four.

Disclosure: This review was based on a bottle of Creed Aventus I purchased and samples of the other four also purchased.