It is July Fourth in the US. It is the day we Americans celebrate our Declaration of Independence and the Founding Fathers who formed that document. If there is anything that makes an American stand up straighter it is that sense of wanting to do things our way.

When it comes to perfume there has been a huge expansion in the American independent perfume movement over the last 5-10 years. There are multiple factors which have contributed to this growth. I also believe there is a person who could be considered one of the Founding Mothers of this movement, Mandy Aftel. 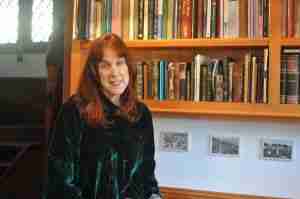 Ms. Aftel began making perfumes for commercial sale in 1995 under the brand name Garandiflorum Perfumes. Two years later she would found her current brand Aftelier Perfumes. Right from the beginning Ms. Aftel wanted to change the perception of natural perfumes. Prior to 1995 they were sold mostly at health food stores and head shops. They had an unfortunate association with being seen as both low in quality and lacking in style. Ms. Aftel would take the time to seek out materials and understand their nature before using them in a perfume. Nowhere is this more evident than in the fragrance with which I became aware of her with, Cepes and Tuberose. 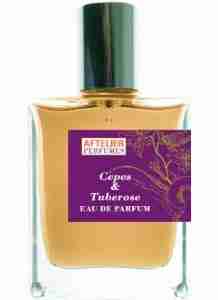 According to an interview Ms. Aftel did on the blog Kafkaesque wherein she talks about her love for working with difficult ingredients. While she was working on her 2004 book Aroma with Chef Daniel Patterson she decided she wanted to incorporate mushrooms, or cepes, into a perfume. The choice to pair it with the most boisterous white flower on the planet tuberose could have been disastrous. Instead this single perfume represents so much of what is right about Independent perfumery; the ability matched with the desire to take crazy chances which pay off in perfumes that stand among the best of the best. Cepes and Tuberose is a spectacular example of this. If I was just going to call Ms. Aftel a Founding Mother for her portfolio of perfumes that would be justified. There is another reason I think of her this way.

Ms. Aftel has been the teacher, inspiration, and confidant to so many independent perfumers it is difficult to make an accurate count. In 2002 she founded the Natural Perfumers Guild so she and the other people who wanted to see natural perfume elevated from the poor perception it had banded together. They would spread the word that Natural Perfumes were something to be celebrated. They would provide outreach to budding independent perfumers to give them a place to come together and learn from each other.

That sense of teaching extends to her book Essence and Alchemy: A Book of Perfume. It is many young independent perfumers’ key reference. I believe it is a part of the essential perfume library for anyone interested in perfumery in any way. The aforementioned Aroma which explores scent and taste along with last year’s Fragrant: The Secret Life of Scent which delves into the history and use of five perfume raw materials show her desire to share her experience through writing.

Beyond that Ms. Aftel is extremely giving of herself. She teaches classes out of her home studio on a regular basis. She is one of the key figures in the West Coast Perfume movement. She will invite people into her home to visit her garden and studio.

In science we have what we call “family trees” where we trace ourselves back through the people we obtained our degree from. Eventually we all end up springing from the tree labeled “Newton”. I would venture to say if the same method was applied to independent American perfumery that original tree would be labeled “Aftel”.

All of the above is why I consider her a Founding Mother. While I am watching the fireworks tonight and thinking about the founding of this country I will also take a moment to think of Ms. Aftel. I will send out a silent toast as a chrysanthemum firework explodes in a circle of color far above my head and thank her for all that she continues to do to support the American independent perfume world.