As I work my way through giving a try to everything which makes its way to me there are times some of the flankers command a little more attention than usual. When I think they’re really good I’ll do my usual wearing of them for their own review. When I think they might be above average and worth my mentioning I do one of these Flanker Round-Ups. As I was testing the summer releases for 2017 I was intrigued that two of the original mass-market brands turned out something more than the run of the mill. A caveat to this I only wore each of these on one arm for a weekend morning making these less informed reviews than I normally write. 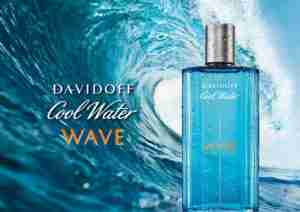 I think Cool Water is one of the great perfumes ever made. When Pierre Bourdon essentially created the aquatic genre of perfume in 1988 it truly was an inflection point for the industry. Davidoff has ever since used that phenomenon to create yearly flankers of Cool Water. Most of the time they don’t present much of anything different this year’s version Cool Water Wave does.

I smelled Cool Water Wave before knowing who the perfume team was behind it. My first impression was a modern take on the classic fougere M. Bourdon originally created. When I learned the perfumers behind it were Antoine Lie, Francis Kurkdjian, and Jean Jacques it was easy to see where that modernity came from.

Cool Water Wave begins with grapefruit and Sichuan pepper. The choice to allow the spicy pepper to point towards the sulfurous undertone of grapefruit is what first caught my attention. This is followed up with the rough green of birch leaves over the chill of gin-like juniper berry. These early phases are what is worth giving Cool Water Wave a try. It ends on a generic sandalwood which does nothing but act as an ending place. 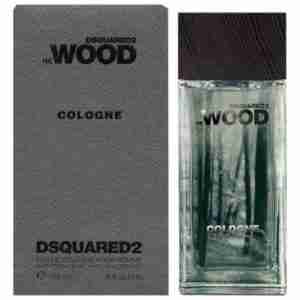 In 2007, He Wood was released and immediately became a big seller. My explanation for the popularity of this perfume is when someone wanted a woody perfume you can’t go wrong with one which has the word in the name. Perfumer Daphne Bugey combined fir, cedar, and vetiver into something for the man who wanted wood and nothing else. I was not that man. Whenever I have subsequently received other releases over the years it was almost always described on my spreadsheet as,” wood and lots of it”. Nothing wrong with a fragrance that lacks nuance; there is obviously a market for it. Which was why when I tried He Wood Cologne in celebration of the 10th anniversary I expected to do the same.

Except the strip I sprayed it on had more than wood and lots of it. There was a citrus cologne top and the violet heart has some room to make an impression. The same thing happened when it was on my skin. Mme Bugey got the opportunity to find more than woods in He Wood Cologne.

The biggest change is a snappy citrus accord of lemon, orange, and ginger which immediately provided a cologne-like feel. The fir that the original opened with is still here but the citrus is on an equal footing and both are kept at a way softer volume than the original. That is what I think allows the violet to breathe some life into this as it makes an impression before the cedar and vetiver remind you what this perfume is the cologne version of.

He Wood Cologne has 8-10 hour longevity and average sillage.

If you’ve walked away when seeing a new Cool Water of He Wood on the department store counter stop and give these a try on a strip. You might be surprised, too. Disclosure: This review is based on samples provided by Davidoff and He Wood.