I am very flattered that a number of fledgling independent perfumers ask me to try their fragrances. It is as close as I will ever get to being a perfume evaluator, which is probably a good thing. I just finished assessing a new line this past week. As I was writing up my e-mail to the perfumer I realized one part of my missive was coming out almost formulaic, as if I had written it many times before. I then realized that maybe this was good advice to be able to find before beginning your independent perfumery. What is most often lacking from early efforts is the proper base.

When I use the word base I am not speaking of base notes. A perfume base is a mixture of notes which are meant to form the foundation of a fragrance. The most famous example of a perfume base is one called Mousse de Saxe which was the signature finish to all of the Caron perfumes. By having a consistent place to start perfumer Ernest Daltroff would build many diverse olfactory architectures. That is a key point to also understand; a great perfume starts from the base upward not the top down. It is that thinking which I run into most often when trying a new perfumer’s early efforts as they spend a lot of effort getting the top right but end up just leaving it hanging. It is also the answer to many early perfumes’ longevity issues, as a proper base can also be the last thing left at the end of the drydown.

A perfumer for a commercial firm spends years doing nothing but making bases as they train. By the time they are given their first commercial brief starting from a base is second nature to them. It is precisely the raw talent and unregimented vision that sets the independent perfumer apart from those more corporate perfumers and it is what makes independent perfumery such fun to experience. The principle still remains the same you need a base to start to build your perfumes upon. 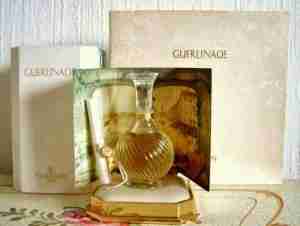 Another reason for doing this is to give your perfumes a signature. I smell Mousse de Saxe and it is hard not to think of many of my favorite Caron perfumes. Guerlain has its own base called Guerlinade which is the thread which connects every Guerlain fragrance. They even bottled it and sold it as a perfume, too. Andy Tauer of Tauer Perfumes has had his characteristic woody incense base dubbed Tauerade. As a perfumer it is a way to add your figurative John Hancock to every perfume you make.

Usually after one of these e-mails I get a question on where to start. My advice is something I have learned from two of my favorite people in perfume, Michael Edwards and Dawn Spencer Hurwitz. Ms. Hurwitz spent the early years of her independent career trying to make the classic perfumes herself. It was a valuable exercise because she came to understand the value of each ingredient and how they impacted each other. That is the best, more laborious, way. Mr. Edwards has the easier way. Just go to the mall and take a few small Ziploc bags and spray a bunch of strips all from one perfume brand and lock each of them away in their own Ziploc bag. After a few hours go back open the Ziploc and sniff. What you should be left with is the base used for those perfumes. From there you will gain an understanding of what this particular perfumer used as their starting point and you will be surprised to find out how different they smell at this point.

If you start from a good base it is much easier to create a memorable perfume, and you’ll save me from writing the same words to another young independent perfumer.

One thought on “Don’t Forget Your Base”