Those who have followed my reviews over the years know I think most celebrity scents are cynical. They use the name of the person on the bottle while that person has no idea what is in the bottle. I’ve been told of many celebrities who don’t smell the perfume until their first publicity experience. It irritates me that a fan of the celebrity coughs up their money for a product which has nothing from the person they admire.

Those who have read my reviews over the years know I am not a fan of multi perfumer teams. It may not be true, but it always reeks to me of focus groups and compromises. That the perfumes designed by committee also seem to have no soul anecdotally proves my point. 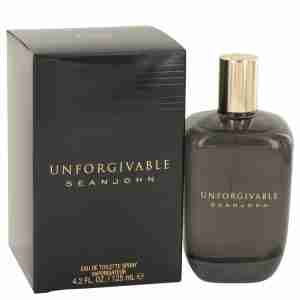 To everything there is an exception. Sean John Unforgivable manages to prove both of my thoughts incorrect.

Unforgivable was released in 2006 as the first fragrance from Sean Combs aka P.Diddy’s Sean John clothing line. He certainly found a dream team of creative people to work on this. Evelyn Lauder and Karyn Khoury would be co-creative directors overseeing a team of four perfumers; David Apel, Aurelien Guichard, Pierre Negrin, and Caroline Sabas. There isn’t a name I just listed that I don’t admire the heck out of. I just carried my usual skepticism over too many perfumers at the organ serving too many managers. However it happened Unforgivable turned out way better that I thought it would.

It opens with a burst of citrus as lemon and grapefruit add a tart initial impression. A smart use of Calone takes the melon-like quality of it as a lighter fruitiness underneath along with its fresh sea spray scent. It shifts to a fougere-like heart of iris, lavender, and herbs. Clary sage is the most prominent but there are some other green herbal pieces here too. It ends with a light sandalwood focused base accord given some warmth through amber and tonka bean.

When it comes to perfume by committee celebrity scents Unforgivable stands out as one of the best. It can be found for less than $20 at almost any discount fragrance seller.