Rites of passage are such that they are common experiences shared by almost everyone. Trips to the barbershop as a child is one. Like many young children the trip to get my crew cut every month was as welcome as early bedtime to me at that age. In the beginning it was because I didn’t like the feel of the clippers on my head. Bribed with lollipops I would eventually get over that. The next thing I had to get over was the way the barbershop smelled. There was this heavy cloud of aftershave the barber applied to each adult he gave a straight razor shave to. When I was five I detested this scent. I refused to hug my father until he had taken a shower and washed it off. Then, just like the clippers, I got over it. The smell became a part of my monthly routine. It was the scent of my barbershop. 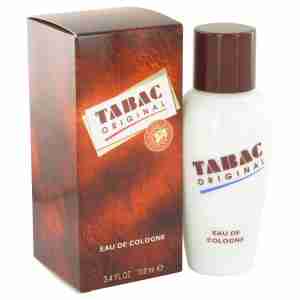 It would be many years later until I made that fragrance’s acquaintance again. When I first started acquiring perfume bottles the discount shops like TJ Maxx and Marshall’s were a fun treasure hunt looking for something good. One denizen of these bins was a heavy solid white bottle with 1950’s font printed on its side. For $8 it was worth a blind buy. When I got home, opened the box, and gave it a spritz, this was no stranger to my nose. The perfume, Maurer & Wirtz Tabac, was that smell of my childhood barbershop. As an adult it was like embracing a long lost friend. As part of the early expansion of my perfumed horizons I was surprised at how well constructed it was.

Tabac was released in 1959 in three concentrations; Eau de Cologne, Eau de Toilette, and Aftershave. All three were composed by perfumer Arturo Jordi-Pey. They all have real differences but the base accord is the real overlap between all three concentrations. It is also the part which means barbershop to me.

The top accord is a mixture of bergamot, petitgrain, black pepper, and aldehydes. For a perfume marketed to men these aldehydes are the ones associated with Aqua-Net hairspray. That quality is cleverly covered up with the other notes. In the more intense concentrations there are some added herbal notes. The heart is a classic lavender. Sr. Jordi-Pey plays around with the other florals he uses in the heart with the different concentrations. It is this part of the fragrance which allows me to identify which version is which. A pure lavender is the aftershave. A lavender supported by jasmine and rose is the Eau de Cologne. The lavender turned woody with cedar is the eau de toilette. All versions converge on a base accord of vetiver, sandalwood, oakmoss, and musks. It is this accord which is truly that barbershop smell I remember.

Tabac has 10-12 hour longevity and above average sillage.

Tabac is still a regular in the discount bins. I just checked this past weekend and I could have bought all three concentrations for $22 total. It might be the most economical fragrance wardrobe for a man out there. I have gone and also bought the shaving cream as well. That allows me to have my own personal barbershop days where I shave with it, follow it up with the aftershave. Apply the Eau de Toilette for work and finish with the Eau de Cologne for the evening. On those days the young child with the crew cut has grown older but not up.