There have been several attempts to bring those who have been innovators in niche perfumery into the mainstream market. I would say they have been a mixed bag as far as success in the marketplace has gone. From the perspective of translating the creativity of niche that success has been more easy to discern. One of the earliest examples of this effort was Kate Spade Live Colorfully.

Kate Spade is a fashion brand established in 1993 selling handbags. Less than ten years later they were rapidly expanding in to other areas; one of which was fragrance. The first release in 2002, Kate Spade, was a pretty floral fragrance around muguet. It was discontinued about the same time the second fragrance, Twirl, was released in 2010. Twirl was an aggressive fruity floral which put me off for that forward nature. 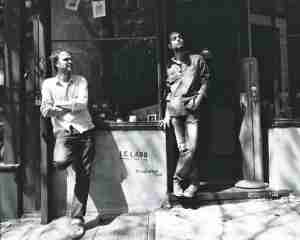 Because of the uneven success of the first two releases the brand made a decision to try something different. For Live Colorfully the two creative directors from Le Labo, Fabrice Penot and Edouard Roschi, were joined by putative “lipstick queen” Poppy King. Working with perfumer Daphne Bugey they together worked on a mainstream perfume that could carry some niche sensibilities along with the safer aspects. What they produced was a fragrance more recognizably mainstream than niche but in a couple of places the independent streak peeks out. 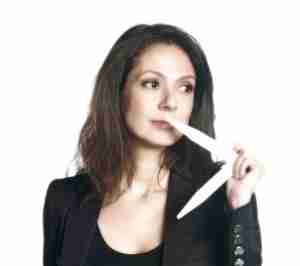 Live Colorfully opens with a pairing of mandarin and star anise. Mme Bugey allows mandarin the lead role but the star anise adds an odd complementary sweetness. The real niche aspect comes in the floral which opens the heart; as waterlily is set afloat on a pond of coconut water. It is the kind of accord you find in niche regularly. Here it is an outré watery floral accord. The perfume quickly gets back into safer waters as orange blossom and gardenia form the floral accord which is where Live Colorfully spends most of its development. Mme Bugey finishes this with a warm amber and vanilla accord.

Live Colorfully has 12-14 hour longevity and above average sillage.

Live Colorfully has become a standard presence on the discount perfume points of sale usually going for around $25. It is a good spring perfume at that price.

I would have liked to been in the room as the decision on the final form of Live Colorfully was decided. I would be surprised if there wasn’t one version which was more niche-like. The final decision probably came down to a brand which wanted the opportunity to create a tentpole fragrance which is what Live Colorfully has become spawning two flankers in the last two years. Even with that said Live Colorfully still has those moments of rebellion within its typical architecture.