I am always happy to see the process of perfume making portrayed in pop culture. The most recent example comes from the Netflix series “Halston”. Ewen McGregor portrays the iconic American designer. As he begins to branch out his first foray is into perfume. The business partner he has also has a stake in Max Factor. He brings them together to produce a fragrance. 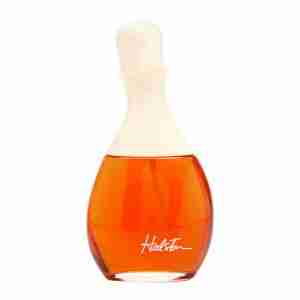 Here is where the story diverges from reality. In the show they show Halston and a female perfumer having this psychological examination of ingredients. I knew the perfumer was Bernard Chant who was not known for collaborating with his creative directors like the way it is portrayed. This is all played for dramatic effect towards a storytelling goal. 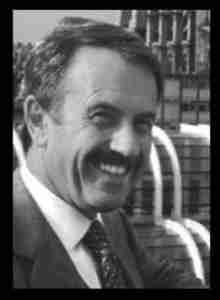 The truth is more interesting. As American fashion enters the 1970’s they are beginning to gain an equivalency with the European labels. Halston was aware of being part of the group which was defining the American aesthetic. As he moved to creating fragrance, he wanted to put an American stamp on that too. This is where he and M. Chant would begin. Not with jock straps and cigarettes as portrayed on the screen. Instead a much simpler concept an American chypre.

How do you plant a star-spangled banner on a chypre base? You build a delectable fruity floral. The lusciousness of peach provides the fruit. It is rounded off with some leafy green and sweet melon. This is a fleshy fruity accord. Ylang-ylang is used to accentuate that. Tagete extends the green as indolic jasmine rises towards the fruit. For those searching for the jock strap accord the indoles are as close as you’ll get. The chypre accord in the original is a classic sandalwood, oakmoss, and patchouli which falls together with the fruit and floral pieces.

This has been reformulated a lot since 1975. The current version has a chypre accord which is lighter in tone with more Iso E Super than sandalwood. The peach and jasmine are still as vibrant as they were in the original.

The current version of Halston has 8-10 hour longevity and average sillage.

If you’re interested in the perfume after you’ve watched the series, it is easily found at most of the big discounters. The show did remind me what an important piece of American perfumery this was back then. That’s the truth which is better than any of the fiction.

Disclosure: This review is based on vintage and current bottles of Halston I purchased.

One thought on “Discount Diamonds: Halston- Facts are Better than Fiction”