Every year as I start looking at my summer stalwarts I realize so many of them have been part of this time of year for many, many, years now. In my early days of discovering fragrance when summer came I wanted a cologne which had some presence for the cooler hours of the morning but would fade away by the heat of the afternoon; only to be reapplied for the evening. There is an argument to be made that these kinds of constructions are flawed because of that. I don’t necessarily go that far because I am happy to reapply especially if the fragrance in question is a Discount Diamond. One cologne for which this applies is Cerruti 1881. 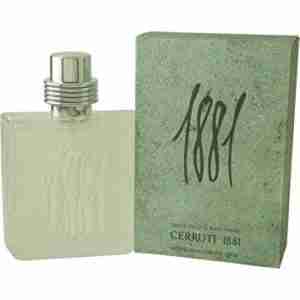 Nino Cerruti was a fashion designer who evolved his family’s textile business into haute couture. Both Giorgio Armani and Narciso Rodriguez would have tenures as part of the history of the fashion side. Fragrance was also an early part of the auxiliary business starting in 1979 with Nino Cerruti pour Homme. Sadly, the incredibly deep green perfume has been discontinued for a few years now. Cerruti 1881 was the fourth fragrance under the brand and the earliest still to be sold. 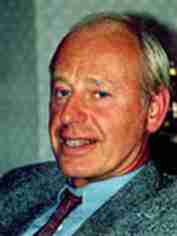 Cerruti 1881 was composed by the same perfumer, Martin Gras, as Nino Cerruti pour Homme. Some of the herbal and green threads remain but there is a much crisper feel of the early moments as this tilts towards something much more refreshing; never diving too deep. In other words, a perfect cologne for the heat.

Cerruti 1881 opens with a snappy top accord of lavender, basil, juniper berry, and cypress. It is like a catch-all for masculine cologne tropes shoved into the first few moments. It works because each of those ingredients gets some room to occupy without stepping on the other. The green is slightly intensified with fir balsam and blackcurrant buds. It adds a sharp green along with a sticky green; all as foundation to the other top notes. Right here Cerruti 1881 is at its best. Everything is harmonizing beautifully for a few hours. Then it dissipates to a pretty standard sandalwood and patchouli base which is unobtrusive and generic.

Cerruti 1881 has 8-10 hour longevity; the top accord and heart last for about 4-5 hours. There is also average sillage.

If Cerruti 1881 wasn’t available for $20/100mL it would be hard for me to recommend. At that price, it is easy for me to tell you to go get some and just reapply once you need to top it up again during the day. To allow you to take it from the top another time.