When I make my monthly run through the local discount store fragrance bins I have mixed feelings when I see what I consider to be a great perfume in there. On one hand, it gives that fragrance the chance to be re-discovered by a consumer for whom $20-25 is what they can spend to add a new bottle to their dresser. The flip side is the look how far this once lauded perfume has fallen. From the bright lights of the department store beauty counter to a giant “Bin O’ Perfume”. I must admit that I was surprised to see Calvin Klein Eternity there in the last couple of months. 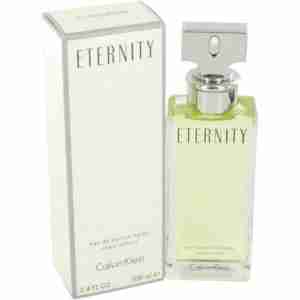 Calvin Klein Eternity was released in 1988 as the follow-up to their extremely successful launch of Obsession three years earlier. At this time in the 1980’s Calvin Klein was a brand which had attained the highest levels of exposure a designer brand could aspire to. Much of that had come on being provocative in a sexual way, Calvin Klein was the latest examples of the old adage “sex sells”. Which was why when the press release for Eternity came out it used as its inspiration Mr. Klein’s 1986 marriage to Kelly Rector. This was a pivot to the purity of love which by itself was interesting. Ann Gottlieb was responsible for the creative direction and she chose perfumer Sophia Grojsman to work with on Eternity. 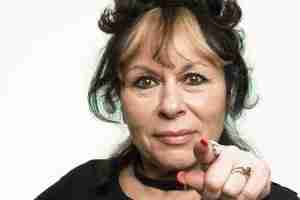 Mme Grojsman was in the middle of a twelve-year run at the beginning of her career from 1978’s White Linen through to her masterpiece Lancome Tresor in 1990. Eternity falls in the middle of that run temporally as well as aesthetically. There is a cleanliness reminiscent of White Linen and the fully rounded rose of Tresor was just beginning to take shape as she worked the same with muguet for Eternity. 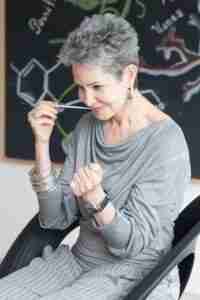 Eternity opens with a fresh top accord of mandarin and freesia. This is some of the fresher aspects that was so prevalent during this time in fragrance. The lily of the valley comes forth and it rumbles forward with power. This kind of floral intensity will become a hallmark of many of Mme Grojsman’s constructs; Eternity is one of the earliest examples. How she builds the intensity is by also adding in smart supporting ingredients. In this case marigold to amplify the green parts with narcissus doing the same for the white flower aspect of the lily of the valley. It is supported by a sturdy sandalwood foundation as the final piece of Eternity.

Eternity has 10-12 hour longevity and above average sillage.

One of the reasons Eternity has probably fallen into the discount bins is that intensity it exudes. At the moment, it doesn’t seem to be congruent with current fragrance trends. In its heyday, Eternity was inspired by marriage which made it a popular wedding day perfume for many brides in the 1980’s and 1990’s. It is a great perfume from a great creative team and for the price it is hard to beat that marriage.