There are shelves in the Dead Letter Office which contain too many from the same brand which are amazing. The Weil shelf is one of those. The brand itself was one of the earliest brands of modern perfumery. Created by three brothers, in 1927, they came to fragrance as an accessory to their main business of selling fur coats. Their first perfumes were meant to be worn on their fur coats to camouflage the smell of the skins. When I’ve smelled Zibeline from this period it is hard to see it as masking much of anything. It seemed like it would amplify the furry quality. They would graduate to making perfume to be worn as perfume. That ended abruptly as World War 2 broke out and they fled their factory for the US. The family would return post-war and pick up the pieces. The best of that time period was Antilope.

That was the extent of my personal knowledge of Weil until my reader who gifted me with the box of discontinued samples appeared. As part of what was sent there was almost an entire set of Weil releases. I finally got to experience Weil de Weil and Eau de Fraicheur. As I mentioned every one of these perfumes are on a shelf in the Dead Letter Office. As part of my treasure trove I ran across a Weil I hadn’t heard of previously; Kipling. I was always going to write about Weil and this group of perfumes which have been discontinued. The four I mentioned to start are the acknowledged gems. I will probably return to them another time for future columns. As I learned of the current history of the brand Kipling felt like a good representative. 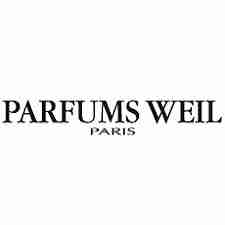 Where I left off in the brand history was as the family returned to Paris post-war. They would continue to make perfume until the early 1960’s. Then would begin a merry-go-round of different owners. Each owner wanted to capture the glorious past, but their vision was less assured when it came to new perfumes. When it hit; as in 1971’s Weil de Weil it was great. When the next owners took over, they wanted to put their stamp on the brand. Through the last part of the 20th century the brand always seemed to be a tiny step behind sometimes seeming like a reactive brand instead of a trendsetter. Weil de Weil was released soon after Chanel No. 19 as an example.

When the chairs stopped in 1986 Fashion Fragrances oversaw Weil. These were the latter days of the masculine leather fougere powerhouses. There seemed to be a desire to do a fuller version of that style. Kipling was going to be a reaction that upped the elegance of the style. Perfumer Jean-Pierre Mary oversaw realizing that brief.

When I smell Kipling now it seems part of that period in masculine perfumery. By itself I didn’t rate it as something different. It wasn’t until I pulled some of its contemporaries off the shelf that what M. Mary did was more evident. The trend in the late 1980’s for this kind of perfumes was to be drier. For Kipling, M. Mary added back something more rounded.

That shows right away with a mixture of lavender, juniper, and artemisia. The latter two ingredients accentuate the herbal-ness of the lavender. The licorice quality of the artemisia meshes beautifully. A green intermezzo of basil and pine leads to a heart dominated by geranium. M. Mary adds in a tiny amount of clove to accentuate that part of geranium’s scent profile. It lands on a classic base of leather supported by oakmoss, and patchouli. Both of those elevate M. Mary’s leather accord.

Why did Kipling end up on the Weil shelf in the Dead Letter Office? The ownership wheel spun again. As had been done during other changes last in was first to go. There was a market for this kind of stepped-up spicy leather fougere. Weil just didn’t have the stable ownership invested enough in making Kipling one of those. As before the reaction instead of the action ends up in the Dead Letter Office.

Disclosure: This review is based on a sample sent to me by a reader.