One of the easier to explain reasons for a perfume ending up in the Dead Letter Office is a brand which fools with the names of their perfumes. There are many enduring lessons where the moral of the story is not to confuse the consumer. This month’s entry Nina Ricci Signoricci 2 is one of those tales.

If I was asked to make the case for a post-War perfume brand which has been lost in the shuffle of the Grand Maisons I could make a compelling case for Nina Ricci. L’Air du Temps is one of the great early perfumes to arise after World War 2 ended. If you judge this on the modern formulation I hope you have an opportunity to try an earlier version where the floral heart is among one of the most beautiful in all of perfume. The fragrance side of the brand was overseen by Robert Ricci for forty years which saw a signature style of sophisticated fragrances released. Many are also in the Dead Letter Office and the survivors have been reformulated into ghosts of themselves. 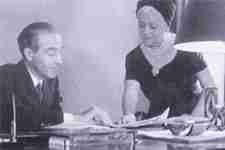 Most of the fragrances from this period were marketed to women. It wouldn’t be until 1966 that they entered the masculine market with Signoricci. It was primarily a citrus with a bitter green core which even for someone who enjoys green found it distracting in its intensity. Ten years later the sequel would arrive, Signoricci 2.

Signoricci 2 was composed by perfumer Raymond Chaillan. The first thing he seemingly chose to do was to retain the citrus style but to excise the overt green. M. Chaillan’s vision was to produce a sophisticated citrus with a much more understated green component. 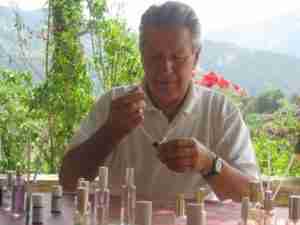 The opening is a sharper version of lemon with petitgrain providing a more focused effect. The floral heart of carnation and jasmine is lifted by a set of expansive aldehydes. This creates space for a thinner green thread to snake through the perfume. Basil, vetiver, and moss take care of this. It becomes very warm as amber, patchouli, and tonka form a comfy base accord.

Signoricci 2 has 14-16 hour longevity and above average sillage.

Signoricci 2 fell square into the mid 1970’s powerhouse men’s perfume style. I have treasured my bottle because I think it is one of the best “formal” citrus perfumes I own. It always seemed to me that Signoricci 2 should have had the opportunity to be reformulated to death as the rest of the brand had been.

Except they decided to choose to confuse their consumer. Soon after Signoricci 2 was released they decided to discontinue Signoricci. At the same time, they then decided to drop the “2” from Signoricci 2. Imagine how this worked over the next few years. Someone who finished a bottle of Signoricci who loved the intense green nature goes to the mall and sprays “Signoricci” on a strip sees the green is gone and walks away. The person who bought Signoricci 2 and enjoyed it, as I did, finishes their bottle. Goes to the mall to replace it only to find “Signoricci” minus the “2”. Walking away they wonder what happened to their sophisticated citrus. I have never understood these kinds of decisions because it leads right to the Dead Letter Office.

There is a part of me that would like to see the two descendents of both of the creatives; grandson Romano Ricci and son Jean-Marc Chaillan collaborate on Signoricci 3. Until then Signoricci 2 will do.