When we have the discussion of the best perfumer ever the name of Edmond Roudnitska is right at the center of that conversation. He released thirteen perfumes in his approximately 50-year career. One of the reasons he is so revered is that there are so many iconic game changing perfumes among that list. Even the great perfumers still manage to find their way to the Dead Letter Office. The final commercial release from M. Roudnitska came with the little known Mario Valentino Ocean Rain.

Ocean Rain is an odd confluence of events to come together for this perfume to even exist. First Mario Valentino has nothing to do with the more famous single name brand Valentino. Mario Valentino is a smaller fashion brand of clothing and accessories out of Italy. There was a time in the 1980’s where the label had some traction in the fashion marketplace and decided to make a men’s fragrance to extend the brand into fragrance. Edmond Roudnitska was somehow lured out of retirement at age 85 to create this perfume. His last perfume previously was 1976’s Dior Dior. I have never seen what convinced M. Roudnitska to give up his retirement in his garden in Calais for one more perfume. In 1990 the perfume would be released and almost promptly sink into obscurity.

For most people Mario Valentino sounded like some kind of weird knock-off like Chuckie Klein or Randy Lauren. Consumers just didn’t know the brand and that gave it a visibility problem. Especially when the more well-known Valentino would release Vendetta pour Homme a few months later. Brand conscious buyers never gave it a chance. In the 1990’s the cult of the perfumer had not sprung up yet. Only those in the industry knew who Edmond Roudnitska was. Like all perfumers he was a ghost as far as any perfumista was concerned. If someone unearthed a new creation in 2015 from M. Roudnitska’s notebooks it would be trumpeted with fanfare commensurate to one of the great perfumers. In 1990 that would have made zero impact. As a result Ocean Rain was discontinued quite rapidly. Because it was meant for mass-market release there was a lot of product floating around and it moved quietly into the discount perfume vendors. 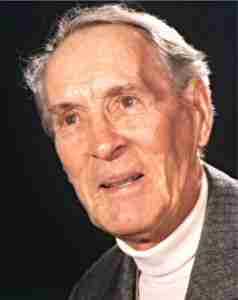 I wouldn’t become aware of Ocean Rain until around 2004 and it was trivial to purchase a bottle for $25. When I finally tried this the first thing that struck me was that because this was a probably 100% synthetic perfume it had held up quite well to what had to have been well over 10-years of storage. It also struck me that M. Roudnitska had one final perfumed letter to send which felt like his response to the rapidly evolving aquatic trend which was just becoming prevalent.

With a name like Ocean Rain you would probably expect M. Roudnitska to work with both of the synthetics Calone and Hedione and they are both present. Surprisingly M. Roudnitska uses them mainly in the heart but for a perfume called Ocean Rain it comes off more like Mossy Mist.

Ocean Rain opens on a transitory citrus accord of lemon rounded out by tangerine and bergamot. Then the only trace of the ocean in the name appears with an iodine-laced ozonic accord supported but not consumed by both Hedione and Calone. Both of these notes have the ability to make a perfume more expansive. In Ocean Rain M. Roudnitska uses them to inflate his ocean accord. From here on Ocean Rain turns decidedly green and woody. Thyme and lavender begin an herbal transition into a base of cedar, oakmoss, and patchouli. By the final moments of Ocean Rain you’re deep in the forest.

Ocean Rain has 18-24 hour longevity and above average sillage.

It is my conjecture that M. Roudnitska meant to make his version of an aquatic with Ocean Rain. What I like so much about it is that it is only aquatic for a short time in the heart. The shift to the greener woodier moments are what makes Ocean Rain more special to me.

Ocean Rain can still be found online but people have become more aware of it. The prices are still in the $50-70 range based on a recent search. The nice thing is as I mentioned this is so synthetic the normal ravages of time will have almost zero effect on this fragrance.

There is a part of me that wanted M. Roudnitska’s last perfume to be more of a success. Then again these are the stories which make up the Dead Letter Office.