Kenzo has been one of the most interesting brands I have followed since I started paying attention to the wider world of fragrance. They go through cycles of real originality followed by consolidation and safety. There is one big problem with this kind of fluctuation it is hard to create a brand identity. I believe if a brand fails at that it adds an extra level of difficulty in breaking through to the consumer. If I had to point to a reason why Kenzo has had so much of a problem doing this, it has been because they have never been clear what they wanted to be. In the late 1990’s and early 2000’s when Celine Verleure was creatively directing, until 1998, and co-directors Delphine Fossoyeux & Patrick Guedj took over after she left you could almost feel like they were going to be a challenger to Comme des Garcons as an early niche leader. They were using some of the current superstars of perfumery in their early days. Names like Ropion, Kurkdjian, Morillas, Cresp, and Menardo all made interesting releases but there was no focus. In 2003 Fossoyeux and Guedj decided it was time to bring to bring in a big star perfumer; enter Maurice Roucel.

M. Roucel was one of the first perfumers who had his name brought from out of the shadows by Frederic Malle. One of the earliest successes of the original Editions de Parfums Frederic Malle was M. Roucel’s Musc Ravageur. The thought at Kenzo was likely to ride this new wave of perfumers as auteurs. They asked him to design a perfume. M. Roucel had been busy making perfume for over twenty years at this point but surprisingly he had never done a vetiver centric fragrance. Kenzoair would check that box. 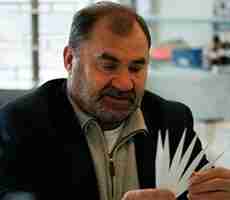 M. Roucel would look at the trends of clean and fresh especially in masculine releases. He would choose to find a way to make a vetiver opaquer going for a cleaner version of that very common masculine note. He would keep it simple to allow the transparent vetiver the space to shine.

Kenzoair starts with angelica root in a lighter concentration than you usually run in to. Often this comes off as very earthy and musky. M. Roucel uses bergamot to lighten it up. Vetiver comes next and M. Roucel uses anise to pull that nature of vetiver. I have rarely seen this pairing used and Kenzoair is a good example of why it should be. Herbs are used to pull the herbal nature of lavender all the time. The anise has a similar effect here on the vetiver. It pushes the greener facets to the background which is how M. Roucel does transform it into something less rigid. There is a mixture of woody aromachemicals to finish this off with a similar volume.

Kenzoair would have a very short shelf life. It seems the transparency which I find so compelling was not seen the same way by consumers. So much so that Kenzoair Intense was released within two years. Both would be discontinued not too much longer after that. This is the hazard of not forming a distinct brand identity. Kenzoair did not stand for anything but adventurous perfume composition to an uninterested audience.