There are a number of fragrances which have been released and had a very short shelf life, for a variety of reasons. In the Dead Letter Office I want to take a look at these perfumes which are alternatively called “ahead of their time” or “colossal failure”. The reality is often found somewhere in the middle of those two extremes. What I can confidently say is that the perfumes I will profile in this series did not play it safe. In their daring they sometimes paved the way for better executed fragrances years later. Sometimes it was just proof there are some ideas which never should’ve been unleashed on the public. 1998’s Le Feu D’Issey is a fragrance which has been described as both ahead of its time and a colossal failure.

In 1998 perfumer Jacques Cavallier was riding a wave of spectacular success especially with the two fragrances which defined Issey Miyake as a fragrance house; L’Eau D’Issey and L’Eau D’Issey pour Homme. Those two fragrances are still big sellers to the present day. He would design the third fragrance, Le Feu D’Issey, to be completely different to the aquatic pair he previously created. In that desire to be different M. Cavallier probably went a little too far especially as the pendulum was starting its swing firmly towards the “fresh and clean” era of fragrance. M. Cavallier had made a safe Woody Oriental in 1995 with YSL Opium pour Homme. As he sat down to compose Le Feu D’Issey he clearly wanted to make a new version within this style. 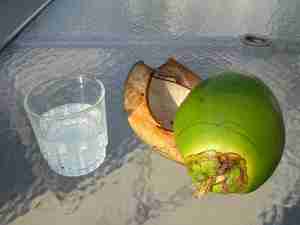 Le Feu D’Issey challenges right from the first moment as M. Cavallier creates a raw coconut milk accord. If you’ve ever been offered a coconut fresh off the tree, opened so you can drink the coconut water within, that is what the early phase of Le Feu D’Issey smells like. It carries a pungency which some have described as “rancid”. I don’t agree with that; it has a watery quality which also carries some of the husk of the coconut as well as the white meat. This right here is where Le Feu D’Issey probably went wrong as a commercial enterprise. I can imagine them handing out strips of this to passers-by and having them grimace and move on. That’s where they make a mistake because in the heart the next risk M. Cavallier takes actually works amazingly as he takes a milk accord and pairs it with jasmine. If the coconut water accord was off-putting the jasmine milk accord draws me in and fascinates me. This is the richness of whole milk which allows all the sweetness of jasmine to float on top like a floral crème. The base is pretty normal as a woody mix of sandalwood, cedar, and gaiac grounds this in safe territory at the end.

When I wear Le Feu D’Issey I always find it to be a significantly different experience each time. I’m not talking about slight differences but phases which seem to come off very different and often not for the better. Especially the opening. There are times it is right on the verge of unwearable but once that heart accord comes together it is all of a sudden something special. As to how to classify it? I would call it a noble experiment. In the last few years we have seen the milk accord used to great effect in Jean-Claude Ellena’s Hermessence Santal Massoia and by Christine Nagel in Jo Malone Sweet Milk. So far the coconut water accord has not yet found the right fragrance for it to be featured in again. Le Feu D’Issey has found itself consigned to the Dead Letter Office for being too different at the wrong time.

Disclosure: This review is based on a bottle of Le Feu D’Issey I purchased.