One common theme in the Dead Letter Office is that when a designer creates a classic the poor fragrances that follow have a hard time breaking through. Like the younger sibling to the brilliant older one. You might be every bit as good, perhaps better for some, but you will never get noticed. That is the story of Geoffrey Beene Bowling Green.

The brilliant older brother is 1975’s Grey Flannel. That was the first perfume from the brand and it has become a classic. One I admire and recommend to those looking for something different from fresh for an economical price. Bowling Green was the follow-up released almost twelve years later. Like all neglected younger siblings much of the creative information has been lost. All I could find was something within the press release which mentioned it as being “developed personally by Mr. Beene”. Sounds like pr more than actuality especially since there is also no perfumer accredited. It is too bad because Bowling Green is a style of perfume which would be relevant in today’s fragrance world. It has many of the green trends along with being more transparent than most of the other 80’s masculines. 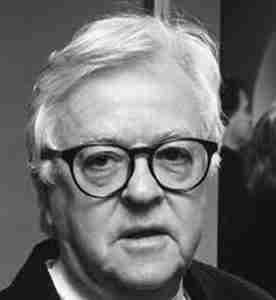 What strikes you right out of the bottle is a focused burst of verbena. The lemony quality combined with the green is kept tightly constrained. To that lavender and a bit of mint add some detail. The lemon becomes more present as some petitgrain teases it away from the verbena. The mint slides away in the face of more savory herbs like sage, basil, and rosemary. Over all of this crests a wave of cardamom recapitulating the lemon thread from the top. There is some pine to play around with a terpenic green contrast, but the middle part of Bowling Green is cardamom. As it recedes what remains is a mixture of synthetic woods representing sandalwood, fir, and cedar; most predominantly that last note. The cedar provides a clean woody foundation to close things out.

Bowling Green never came close to being the sales equal of Grey Flannel. To their credit the brand did not pull the plug quickly as it lasted well into the 2000’s before finally giving up. I think they just tired of promoting a perfume which was never going to catch on. I think Bowling Green is as good as Grey Flannel, but that opinion never found wide agreement which is how it ended up in the Dead Letter Office as the overlooked sibling.