The first flush of independent perfume brands came in the late 1990’s in to the early 2000’s. It was a brave new world for these alternatives to what the department stores were offering. When there are no rules or past performances to learn from the early indies were going on instinct; and not much else. It is one reason that the breadth of fragrance from the niche and independent perfumers was so large; nobody knew what would connect. There were advantages to this; being small you didn’t have to move thousands of units. You could narrowcast looking for enough perfume lovers to connect to your brand. It probably wasn’t until 2010 that the winners and the Dead Letter Office denizens were completely sorted out. The story of Beth Terry Creative Universe Mare is an example of one that tried to write their own rules only to end up here.

Beth Terry began her career working in the fashion industry. She worked at Charivari the cutting-edge fashion store in New York. She learned from the experience on how to appeal to the individualists out there; with money. She also had always wanted to make a fragrance capturing the experience of drinking green tea with her grandfather. Her first release under the Beth Terry Creative Universe brand, in 1995, was also one of the earliest green tea fragrances, Te.  Working with perfumer Victor Rouchou, who would collaborate on all the releases, she produced a minimalist architecture in which grapefruit, green tea, and green notes form the axis upon which it spins. Te would turn out to be a big hit because Ms. Terry knew how to get it seen where it would do the most good. She wasn’t going to buy an ad in a fashion magazine but she knew all the editors and could get them to feature Te in an article; as good as an ad to a small brand. It reportedly sold out in the exclusive department stores on both sides of the Atlantic. 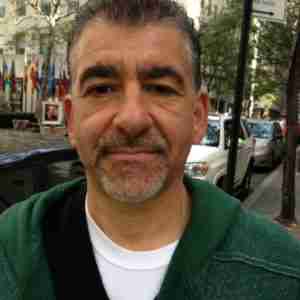 Riding the fame in 1999 she released her second perfume Mare. Mare was a stripped-down aquatic consisting of two accords and a floral. The accords were a sea salt and an avocado. The floral was ginger lily. Mr. Rouchou constructed the sea salt accord from the typical building blocks of ozonic and water notes. He manages to form a pure salt breeze accord which is where Mare begins. It is the cleanest version of this accord I have ever tried. The avocado accord is a heavier fruity contrast then the typical citrus of the other aquatics of the day. It is this which made Mare significantly different from anything else on the shelf at the time. The final note is the slightly spicy ginger lily.

Mare has been one of my favorite aquatics ever since I first tried it. Ms. Terry was able to emulate the success of Te with Mare. Through the 2000’s she would hold her own but there were other buzzier indies slowly encroaching on the territory she had to herself early on. The brand would transition from the luxury department stores to small discerning boutiques to a final few points of sale. I can’t for sure find a final date when the brand stopped but based on forensic searching it looks like it was 2010-2011. There were five more releases after Mare and the whole collection is interesting. In the end, even the best indies find their way to the Dead Letter Office.