One of the most cutting edge fashion designers of the last fifty years was Alexander McQueen. His was a life of vibrant imagery crossed with internal demons which would lead to him taking his own life in 2010 at the age of 40. Like many who have their brilliance tempered with something entirely the opposite it leaves behind a glittering trail like a shooting star across the sky. 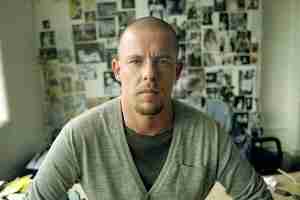 Mr. McQueen by 2003 at the age of 34 had been named British Designer of the Year four times. Like all designers with that much success it was time to branch out into other areas. Of course one of those areas was fragrance. The first perfume was released in 2003, Alexander McQueen Kingdom. Of the many designers who release their first signature perfume Kingdom might have been the most emblematic of the fashion that the name on the bottle portended it to be.

Mr. McQueen would team up with Chantal Roos, as Creative Directors, to perfumer Jacques Cavallier for Kingdom. Mr. McQueen was known for going for the dramatic on his catwalk shows. Kingdom was going to do the same. M. Cavallier while producing many mainstream fragrances was also having a creative streak with lots of different fashion designer brands. I think most of those fragrances in the latter category are part of the most impressively creative collection by a single perfumer. That most of them will be subjects of this series tell you they really were for only a precious few. Kingdom was no different M. Cavallier was creating a perfume that was meant to shock and the note he was going to use to shock and awe was cumin. 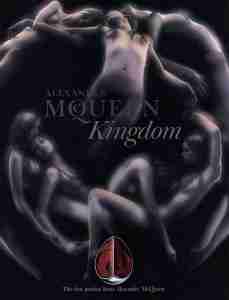 By the time I got my opportunity to try Kingdom that cumin note was all anyone was talking about. Remember in 2003 the predominant perfume aesthetic was the fresh and clean. Cumin was not fresh and clean it was filthy dirty. When I was talking about it with a couple of other perfume lovers they told me it was disgusting that it smelled like, as they lowered their voices, “a vagina”. This became a pervasive label for Kingdom and it is at least partially responsible for its demise. It was out of step with the current trends and the whisper campaign did it no favors.

I love cumin in perfume and one of my most favorite Ditpyques, L’Autre, was loaded with cumin. It was also one of the perfumes I had to be careful to choose my moments on when to wear it. Hearing Kingdom was similar had me smiling in anticipation. So imagine my surprise when I finally get a bottle that the first thing I smell is orange. M. Cavallier takes bergamot, neroli, orange blossom, and mandarin to create this gauzily beautiful citrus opening. It is gorgeous and it is shredded in the next phase as a spicy rose and indolic jasmine form the layers that the cumin would perch between. the indolic jasmine was the perfect floral to go with the cumin to form a deeply human accord. The rose is not as prevalent as you might think as it creeps in and out with a waxing and waning effect. This all finishes on a base of Copahu balm, sandalwood and myrrh. After the heart this serves to soothe the nerves set jangling with the confrontational heart.

Kingdom has 12-14 hour longevity in the EDP concentration and above average sillage.

This is one of my most cherished bottles because I think the entire creative team achieved the perfume they wanted to make. That they had the fortitude to release it into a world which, at the time, was not ready for it was also impressive. I end many of these by saying if it was released today it would find its audience. Not in this case. Kingdom was a unique evocation of a particular designer’s aesthetic written in bold olfactory strokes. This was never going to be a commercial success. It is a spectacular piece of olfactory art that I have continued to enjoy for many years now.