It has been about 48 hours since I left the Triennale di Milano for the last time. Since then all of the scents and sounds of the weekend have been macerating in my memory. I am going to split my final wrap-up of the 2014 version of Esxence into two parts. For this first part I’m going to go through the people who make writing about perfume so much fun. 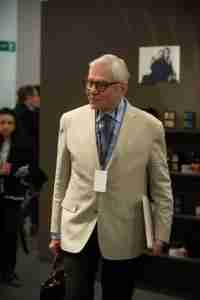 I have to start with my interview subject of Saturday morning, Michael Edwards. The opportunity to work so closely with Mr. Edwards was a very special honor for me. He is an invaluable resource to the perfume community and it was a lot of fun watching him have the SRO crowd in the theatre leaning forward to listen to every word. 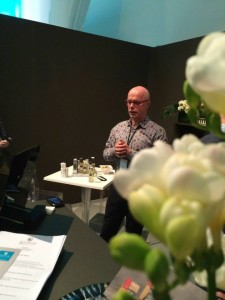 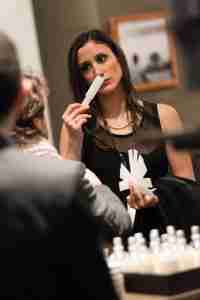 When it came to the perfume on display it seemed like there were two perfumers who were the unquestioned stars of Esxence 2014; Bertrand Duchaufour and Cecile Zarokian. Both of them were circulating among the many different perfume lines they produced new releases for. As it seemed I couldn’t walk two or three steps without running into one of them or one of their creations I realized there was something very similar about both of them. As independent “guns for hire” they both seem to excel at meshing their personal style with the brand aesthetic of whoever they are working for. While M. Duchaufour is, and has been, a known quantity I reiterate what I said earlier this year; 2014 is going to be a breakout year for Mme Zarokian. I suspect we will look back to this 2014 version of Esxence and realize it was The Bertrand and Cecile Show.

The very lovely Sarah Colton, the Paris Correspondent for Beauty Fashion, introduced me to perfumer Thomas Fontaine. M. Fontaine is the perfumer responsible for reformulating the classic Jean Patou perfumes and we had the opportunity to talk about what’s next. In response to what he was working on he told me it was a new version of Vacances. I am very hopeful that he is the right man for the job not only for what he has done for the first three Jean Patou re-releases but also for the work he has done recreating another old perfume house Le Galion. The Le Galion line was the most buzzed about new fragrance collection at Esxence as Roja Dove and Michael Edwards both called it out as one of the best things they tried. You can add me to that list, too.

I met Etienne de Swardt of Etat Libre D’Orange for the first time and I admired the passion which he still has for his perfume line. Many perfume lines have come and gone since 2006 but M. de Swardt keeps ELDO going strong with an engaging smile and a laugh. I wish more people exuded as much joy as he does. 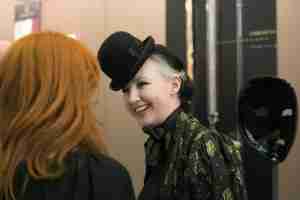 I renewed my acquaintance with Naomi Goodsir and Renaud Coutaudier of Naomi Goodsir Parfums. As we spoke about their latest release Or du Serail they told me they let their personal instincts help them decide when M. Duchaufour had finally delivered a finished mod. So far this method has produced three very individual olfactory statements and I know that they will keep allowing their line to develop based on these instincts.

I don’t speak French and perfumers Marc-Antoine Corticchiato of Parfums D’Empire and Anais Biguine of Jardins D’Ecrivains don’t speak English but my body language and large smile communicated my pleasure at their latest releases without any language barrier.

This barely scratches the surface of everyone who I spent time talking to. Some of these conversations planted some seeds which I hope will sprout into some future stories for Colognoisseur.

For Part 2 tomorrow I’ll let you know what I thought the top 10 new fragrances were that I tried at Esxence 2014.

All photos courtesy of Esxence Facebook page by Michele Dell'utri