As I mentioned in Part 1 2016 is the beginning of a generational shift in perfumery. The winners I am going to highlight next are all emblematic of that kind of change. 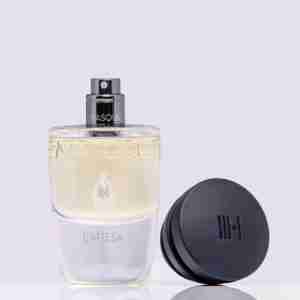 Perfume of the Year: Masque Milano L’Attesa– One of the emerging initiatives over the course of 2016 has been the confidence owners and creative directors have placed in young perfumers. For a brand, it is safer to round up one of the more established names. It takes a bit of faith to place the success of your business in the hands of an emerging artist. The team behind Masque Milano, Alessandro Brun and Riccardo Tedeschi, have taken on this philosophy wholeheartedly. Particularly over the last four releases since 2013; Tango by Cecile Zarokian, Russian Tea by Julien Rasquinet, and Romanza by Cristiano Canali, began the trend. This year’s release L’Attesa by Luca Maffei took it to a new level. 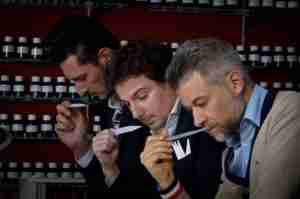 I spent time with the creative team when they unveiled L’Attesa at Esxence 2016. I think when you do something creative you have a sense when you have done great work. That day in Milan all three men radiated that kind of confidence; with good reason. Sig. Maffei would combine three sources of iris to provide a strong core of the central note. Early on there is a champagne accord that is not meant to be the bubbly final product but the yeasty fermentation stage. It turns the powdery iris less elegant but more compelling for its difference. Through a white flower heart to a leathery finish L’Attesa is as good as it gets. 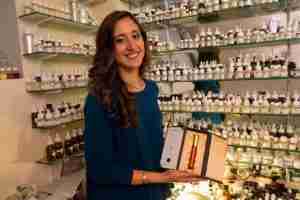 Perfumer of the Year: Cecile Zarokian– Majda Bekkali Mon Nom est Rouge, in 2012, was the first perfume by Cecile Zarokian which made me think she was something special. Over the years since then she has done some spectacular work but 2016 was an exceptional year. Mme Zarokian produced thirteen new releases for seven different brands. I chose her because of the breadth of the work she turned in over the year. I am reasonably certain that this kind of output has rarely been matched. The pinnacle of this group was her re-formulation of Faths Essentials Green Water. Mme Zarokian accomplished the near impossible by formulating a 2016 version which is as good as the original. She did this because she understood what made the original was its ridiculous concentration of neroli oil. She convinced creative director Rania Naim to spend the money for this now precious material to be replicated in the same concentration. This made Green Water amazingly true to its name.

She would recreate a Persian feast in Parfums MDCI Fetes Persanes. Picking up on some of the same themes she would infuse some of the gourmand elements into a rich oud in Making of Cannes Magie du Desert.  She modernized the oud in Hayari New Oud. In Uer Mi OR+Cashmere she creates a hazelnut rum cocktail. Laboratorio Olfattivo Nerotic goes for a more narcotic effect. Finally working with creative director Jan Ewoud Vos they conspired to reinterpret the Oriental creating a contemporary version in Puredistance Sheiduna.

Every perfume she made this year was worth smelling. As this next generation of perfumers moves into the next phase Mme Zarokian is going to be right there in the front pushing perfumery forward. For this joie de vivre about perfumery Cecile Zarokian is my Perfumer of the Year. 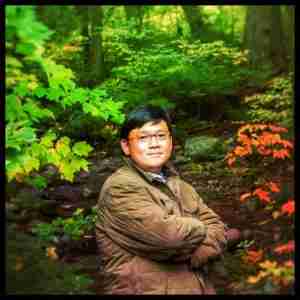 Creative Director of the Year: Victor Wong of Zoologist Perfumes- For the ten years plus I’ve been writing about perfume I have chanted a single mantra; embrace difference, don’t play it safe, stake out an artistic vision and stick with it. There are way too few who embrace this. Because it isn’t easy there is a graveyard of some who tried and failed. All of which makes what Victor Wong has been doing with his brand Zoologist Perfumes more admirable. Two years ago, he started Zoologist Perfumes making the transition from enthusiast to owner/creative director. He wanted to work with some of the most talented artisanal perfumers to produce his perfumes. What is so refreshing about this approach is he has been working with many of the most recognizable artisans providing them outside creative direction for one of the few times. What it has elicited from these perfumers is often among the best work they have produced. For the three 2016 releases Bat with Ellen Covey, Macaque with Sarah McCartney, and Nightingale with Tomoo Inaba this has been particularly true. Bat is one of the perfumes which was in the running for my Perfume of the Year. Macaque and Nightingale do not play it safe in any way. This makes for a perfume brand which does not look for the lowest common denominator but asks if there is something more beautiful in unfettered collaboration. For Victor Wong and Zoologist Perfumes 2016 answers this with a resounding yes which is why he is my choice for Creative Director of the Year.

Brand of the Year: Hermes– In 2003 Hermes in-house perfumer Jean-Claude Ellena would begin his tenure. Over the next thirteen years his overall collection for the brand has defined a modern aesthetic which now has become synonymous with the brand as much as silk scarves and fine leather goods. When it was announced two years ago, Christine Nagel would begin the transition to becoming the new in-house perfumer there was some concern. I was not one of those who had any worries. Mme Nagel felt like a natural evolution from M. Ellena. 2016 proved my surmise to be true as M. Ellena released his presumed final two fragrances for the brand, Eau de Neroli Dore and Hermessence Muguet Porcelaine while Mme Nagel released her first two, Eau de Rhubarbe Ecarlate and Galop D’Hermes. The passing of the torch could not have gone smoother. Hermes is in great hands as the next generation takes over. That this was accomplished so beautifully effortless is why Hermes is my Brand of the Year.

Part 1 was my broad overview of the year yesterday.