One of the reasons I think 2014 was a very good perfume year was I had so many candidates to choose from for what I think are the best perfume, perfumer, creative director, and brand of the year. I have changed my mind numerous times, revisited the perfumes all had created this year, and considered other metrics. In the end I finally settled on a list I think shows off why this year has produced some great perfume. 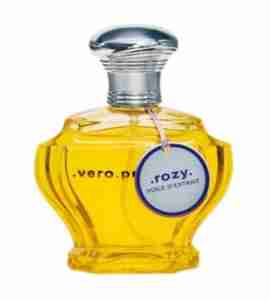 Perfume of the Year: Vero Profumo Rozy Voile d’Extrait– When I sat down with independent perfumer Vero Kern in Milan she had had a bad fall and was sporting a black eye hidden behind, her always stylish, trademark eyeglasses. As she handed me the strips of her newest creation my mind was not on sniffing but concern for one of the truly great people I have met in perfume. I was still asking her if she was okay as I lifted the strip to my nose. From the moment I inhaled my focus shifted immediately to what I was smelling. 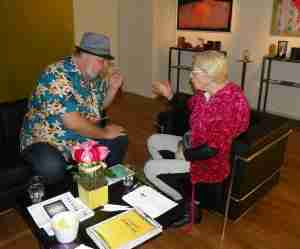 The Very Moment I Describe in the Paragraph Above (Photo: Sarah Colton)

There have been a lot of perfumes which have professed to be a post-modern rose. Rozy Voile d’Extrait lives up to that description better than any other which has made that particular claim. By using honey as a sticky bit of texture to pull in all of the other notes it creates unbelievable expansiveness at the same time. Rozy VdE also has some rough edges courtesy of a brilliant addition of labdanum. This rose has not been stripped of all of its thorns. Inspired by Italian actress Anna Magnani, Rozy VdE reminded me of the throaty laugh of a beautiful intelligent woman much like the perfumer who made it. 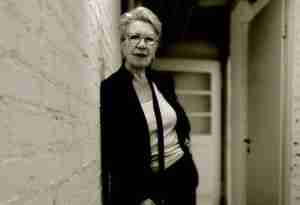 Perfumer of the Year: Vero Kern– Yeah it seems obvious if Vero Kern made the perfume of the year she should be perfumer of the year. That’s generally not the way I work as I look for a body of work when making this particular decision. One of the things I admire about Ms. Kern is she takes her time perfecting her creations and that has resulted in what I consider to be one of the greatest overall collections by an independent perfumer. Which usually means one release per year and heading into the final part of the year I did not have Ms. Kern on my short-list.

Then I received my sample set of the Richard Luscher Britos Terroir Perfumes. Ms. Kern was responsible for the one called 14oS48oE which were the coordinates of an ylang-ylang plantation in Madagascar. For the second time in 2014 a perfume demanded every bit of my attention as the heart of this perfume has what I would consider a near perfect heart accord consisting of ylang-ylang, evergreen, pink pepper, and mimosa. I had an inkling that Ms. Kern had a bit of a challenge working with an entirely natural palette and in some correspondence after I reviewed it she confirmed that to me. This is exactly what does comprise a perfumer of the year one who is willing to work outside of their comfort zone and still be able to produce something instantly gorgeous. For Rozy Voile d’Extrait and Richard Luscher Britos 14oS48oE Vero Kern is my Perfumer of the Year for 2014. 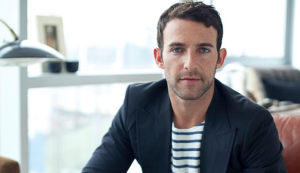 Creative Director of the Year: Carlos Huber of Arquiste– I was given the opportunity to introduce Carlos Huber on Sunday of Sniffapalooza Fall Ball 2014 in October. Part of that introduction was my lauding Mr. Huber at creating a distinctive brand identity for his perfume line Arquiste. I believe that too many new brands skip this step to their detriment. From the beginning Mr. Huber has had a clear vision on what he wanted his brand to be. He has worked exclusively with perfumers Yann Vasnier and Rodrigo Flores-Roux on putting this vision into a perfume bottle. That process resulted in two outstanding additions to the Arquiste line in L’Etrog Acqua and The Architects Club. Lots of Creative Directors had multiple good releases. 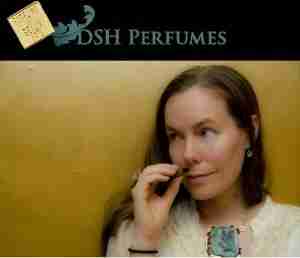 Brand of the Year: DSH Perfumes– As I was looking back over the list of things I reviewed this year there was one brand which kept popping up time and again, DSH Perfumes. Independent perfumer Dawn Spencer Hurwitz had a prolific year as she released two collections The Cannabis Culture Collection and The Brilliant Collection. A very personal re-interpretation of Jacques Fath Iris Gris called Scent of Peace. A masculine perfume, Metropolis. Her Holiday release, Vanilla Bourbon Intense. Three perfumes for The PLP Project. Finally, my favorite of all of these Seve de Pin.  There was so much here that reviews of The PLP Project and The Brilliant Collection will be coming early in the New Year. Normally this kind of profligacy leads to less than thrilling results. One of the things I have come to realize about Ms. Hurwitz is when she is inspired she is a force of nature. I think 2014 saw her as inspired as she has ever been. She is also inspired by so many different influences but yet manages to make each new release another brick that fits in the entire DSH Perfumes brand pantheon. For all of that DSH Perfumes is my Brand of the Year for 2014.

Tomorrow in Part 3 I’ll reveal my top 25 new perfumes of 2014 and give a little love to the perfumes that were runner-ups to Rozy VdE.