There are many things about the current state of artistic perfumery that irritate me but there is one thing that is top of my list. I genuinely look forward to seeing what has come in the mail every day. I live for the potential of trying that next new great fragrance. There is a dark side to that and it happens when I open the envelope and see it half-filled with multiple vials. I emit a sigh because another “collection” has found its way to me.

My biggest objection to the term, and the practice. is I think it is 99% marketing and 1% inspiration. The majority of these collections have only one thing connecting them, the name on the bottle. What is even more frustrating is it is apparent there was zero effort in trying to have a coherent aesthetic or theme. Heck I would even accept if it was made up of connected pairs. Instead it feels like a box checking exercise where the perfume line covers all of the expected bases. This would be great if the creative direction was focused enough to provide an interesting viewpoint. The other collateral damage to this collection obsession is it feels like the line can’t be bothered to make up their mind what is polished and ready to be released. Which is why within a collection there are many entries where my reaction is, “Why didn’t you take the time to get some feedback and really add a final edit?” Many of these feel like the perfume equivalent of reading the first draft of a novel before an editor gets a hold of it to tighten it up. 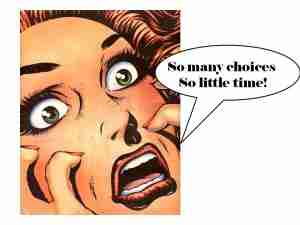 This leads to the second issue they are asking the consumers, us, to be their evaluators for them; at full price. Over the last three years as this ploy of releasing multiple perfumes in a collection has become more prevalent I’ve noticed a couple years on there are only a couple of them still on the shelf. I believe those are the ones which sold well and the majority were discontinued because they didn’t sell. This means they make us pay for the right to beta test their perfume and that should be their job not ours.

From a store perspective this also puts them under tremendous pressure to decide whether they have enough shelf space for a dozen new perfumes. The lifeblood of the indie and artistic perfume community are the small stores which cultivate customers who return to find out what the store owner has identified as worth trying. These new lines approach the stores and ask them to carry all of them or none of them. There is a bit of fallacious thinking that these lines are just on the cusp of being added to Bergdorfs, Neiman’s, or Saks by the line owners. They fail to see that success in those venues has almost invariably happened from a more conservative approach where you build the line over a number of years. These small stores which the purveyors of these collections hold hostage are the very people who will create the repeat customer and buzz for the brand that will open those magic retail doors they dream of.

I am sure there is a collection heading my way which I will be thrilled to explore fully but I expect to be sighing a lot more before that happens.