It seems like some of the greatest discontinued fragrances have been reformulated in the last twelve months. Much like the reformulation of Patou pour Homme I approached the new version of Yohji Homme with some concern. 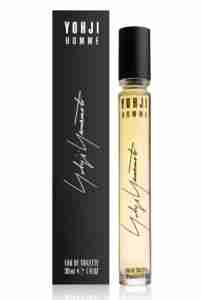 The original Yohji Homme was released in 1999; it was signed by Jean-Michel Duriez just at the moment Proctor & Gamble had acquired Jean Patou. When I smelled Yohji Homme I was swept away with this spicy licorice and lavender concoction. It was clearly not a success as it would disappear from shelves within three years. In that endless internal conversation about the best masculine perfumes ever Yohji Homme is right there in the mix. Late in 2013 the newly reformulated Yohji Homme was released with perfumer Olivier Pescheux taking on the task. He consulted with M. Duriez but this was a difficult task because a few of the ingredients had been restricted by IFRA regulations and a couple others were from the resources M. Duriez had while at Patou. 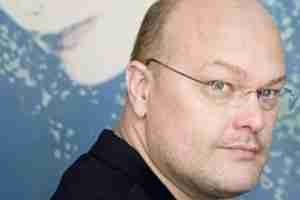 The 1999 version of Yohji Homme started with one of the best lavenders I have ever encountered in a fragrance it is so close to the real lavender that grows outside my house. It pushes right to the edge of being unpleasant because of its strength. M. Duriez then wraps this intense lavender in strands of black licorice. It is a bold beginning and it becomes even bolder as coriander and cinnamon are joined by geranium and carnation to form a spicy floral heart which slithers underneath the lavender and licorice insinuating itself within the slight olfactory space available to it. After about an hour on my skin these notes combine to produce a singular accord like nothing else in my experience. If that was all there was Yohji Homme would have been great but the base adds in a rum-soaked leather and things take a quantum leap forward. It never fails to be a fascinating ride and a perfume which delivers time and again.

M. Pescheux in the 2013 version of Yohji Homme is really trying to do this with one hand tied behind his back while jumping on one foot. Because of the lack of availability of the restricted and proprietary ingredients M. Duriez used in the original, M Pescheux was forced into Hobson ’s choice time and again. When it comes to the lavender used it is in no way close to the quality from the original, the same goes for the licorice. The leather is tamed instead of wild. The cinnamon lacks the same bite. The same progression as the original is there but the new version sort of lurches through its transitions. I almost smell an audible clunk as the less strident lavender and licorice seem to just get out of the way of the spice and florals in the heart. By the time the base notes of leather and rum show up they seem too polite. This new version feels like recreating the Eiffel Tower in wood. It looks like the same thing but it lacks in majesty and power.

It is obvious that the Reboot comes nowhere near the Boot and that’s a shame because it feels like in 1999 the perfume world was not ready for Yohji Homme but in 2013 it is less of an outlier. If you had never tried the original I think many will be enchanted by the new version as all of the important beats are there and it is still a unique fragrance. M. Pescheux did a great job considering the straitjacket he was bound in. One other difference between the two is the original is a powerhouse which lasts all-day the new one barely made it through the workday. The new Yohji Homme has been exclusive to Selfridge’s in the UK and is expected to be released wider by the end of 2014.

Disclosure: This review was based on bottles of both versions of Yohji Homme I purchased.